If you think Chelsea Handler’s jokes on her late night show are raunchy, then virgin ears beware, This Means War is even more vulgar!

Long before she was using food for foreplay in This Means War, Chelsea Handler was incorporating snacks into her love life in other ways.

“I once stuck a blueberry up one of my boyfriend’s nostrils, but we weren’t having sex while I was doing it,” Chelsea laughed. “He was asleep. It was funny.” 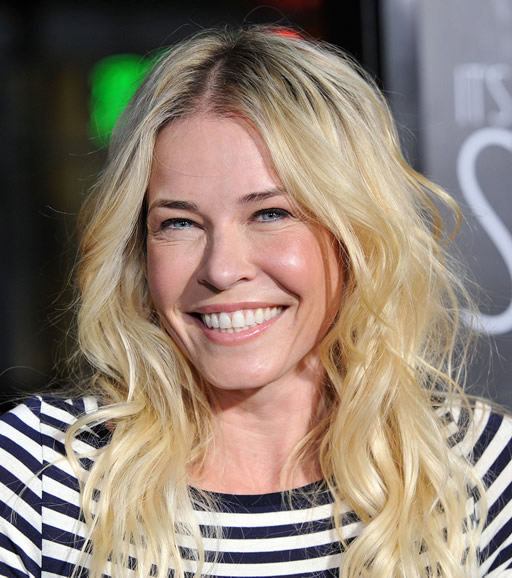 The comedian has a new stunt! Will Chelsea switch to acting?

“Once I saw who my husband was going to be I thought, ‘This guy likes Cheetos… he would be eating them while he was penetrating me,'” said Handler. In her first supporting role in a major box office film though, Handler goes the extra mile by working Cheetos into a particularly graphic hookup scene.

Handler does an amazing job of adding even more laughs to this already hilarious film. But don’t worry Chelsea Lately fans, the host is not planning on bailing from late night.

“I don’t think I have enough of a range,” she said, when asked about making acting a full-time gig.

With acting, hosting and a monthly column for Cosmopolitan magazine on her plate, Handler is a busy gal. Still, the comedian makes time for fun with friends, like co-star Reese Witherspoon.

“I got to work with Reese which was so much fun and we laughed our a*ses off,” Handler told SheKnows.

Although her advice for Reese in the film isn’t great, Chelsea told us exactly which guy she’d pick if she had the opportunity to choose between Chris Pine and Tom Hardy.

“I think I would have probably chosen Tom because he has an accent, and I like accents,” said Handler.

Too bad you can’t have both!