Jenny McCarthy’s such a lovable gal! Who better to help couples find Love in the Wild on the show’s second season?

Related story No Shame in Their Game! These Stars Keep It Real About Their Vibrators and Sex Toys 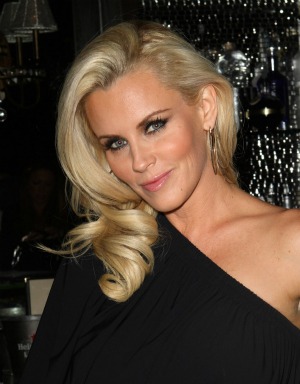 Jenny McCarthy is taking on her own VH1 pop culture show and playing host to NBC’s Love in the Wild — how’s that for multitasking?

She’ll definitely bring a new flavor to Love in the Wild‘s second season!

NBC’s president of alternative and late night programming, Paul Telegdy, said in a release: “It’s a huge advantage to have the versatile Jenny McCarthy return to host an alternative series on our network in a genre that she first helped to make popular on television.”

He added, “She brings a measure of unpredictability to the show’s unique format and we are thrilled to feature her charisma, enthusiasm and magnetism in this adventure series.”

The Secret Circle’s Jake opens up >>

The compliments just kept on coming. Chairman of Endemol North America, David Goldberg, said, “Jenny McCarthy is a multi-faceted performer who will bring real life insight to the world of dating.”

As for McCarthy’s quirky personality, Goldberg said, “McCarthy knows a thing or two about being wild and we couldn’t think of a better person as our new host. Her infectious and comedic personality will bring a new dimension to season two.”

Watch the first 7 minutes of Awake >>

So, what does Jenny McCarthy think about the show and her new hosting duties? She said of the show that films in the Dominican Republic while trying to help people find love: “Everyone knows I’ve looked just about everywhere except the jungle for love.”

She joked, “I wanted to apply as a contestant and ended up with a job.”

What do you think of Jenny McCarthy’s double dose of good fortune?

Will you watch either of her shows?