Bruce Jenner says he knew Kim Kardashian’s short-lived marriage was doomed from the start — and from now on she’s going to have to run any boyfriends through him first. 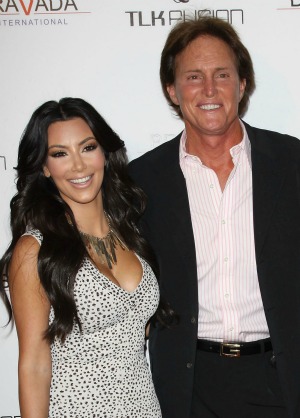 Who says Bruce Jenner is clueless? While the harried Kardashian stepdad might not know a whole lot about the daily ins and outs of his gaggle of girls, he definitely has good instincts when it comes to what they should — and should not — be doing.

Case in point? Kim Kardashian‘s ill-thought and short-lived marriage to Kris Humphries, which Jenner said he knew was doomed from the start because Kim just didn’t seem that into him.

“I can look at people and I can tell if it’s going to work or not,” Jenner told Ellen DeGeneres.

“I had my questions. I remember when Kris came to me. We were playing golf and he asked me, ‘Is it OK to ask for her hand in marriage?’ In the back of my head I said, ‘I don’t know if she is going to say yes. But it’s not my decision.'”

“I think once she got into it, she realized this is not going to work. And she knew she was going to take the heat… She’s a smart woman and said, ‘Hey, I gotta cut my losses and move on.’ It was horrible. I felt terrible.”

Kim obviously can’t be trusted to make her own decisions in love — Ray J, anyone — and Jenner agrees that he and Kim’s mom Kris need to start vetting her dates.

“Maybe we should start questioning some of their decisions,” he mused.

“The next guy’s got to go through me.”

Probably not such a bad idea.