Bill Murray still isn’t down for Ghostbusters 3, according to Dan Aykroyd. Find out the latest on planned addition to the ghost-fighting franchise. 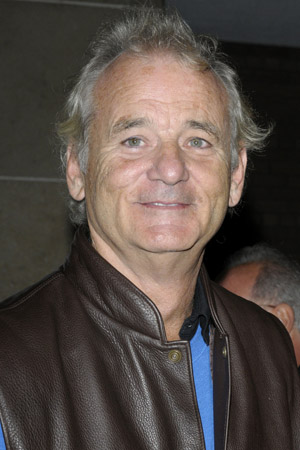 It’s safe to say that Dan Aykroyd is pumped for the third installment of Ghostbusters 3. The actor stopped by the Empire Online office to talk about the plans for the movie and cleared up some rumors about his former co-star and friend, Bill Murray.

The gist? Murray still isn’t down for the remake.

“If we can get the script to Ghostbusters 3 right, then it would definitely have [Rick] Moranis as a major component. None of us would want to do the movie without having him as a participant,” he said. “The script must be perfect. We cannot release a film that is any less than that. We have more work to do.”

However, he’s adamant that Murray didn’t attach a note to a script draft that said, “No one wants to pay money to see fat, old men chasing ghosts.”

“Bill Murray is not capable of such behavior. This is simply something that would not be in his nature. We have a deep, private personal relationship that transcends business. We communicate frequently and his position on the involvement in Ghostbusters 3 has been made clear and I respect that. But Bill has too much positive estimation of my writing skills to shred the work.”

We’re bummed that Murray won’t reprise his role as Peter Venkman — the new stars will have to be pretty stellar to get us excited for the third installment of the popular series. Aykroyd didn’t mention anything about a cast, but he has said who he wants involved in the movie.

“I like this guy Matthew Gray Gubler from the Criminal Minds show,” he said in 2011. “But there’s going to be a casting. We’re going to see everyone that wants to do it. We’re going to need… three guys and a young woman.”

Note to Bill Murray: Please reconsider! Ghostbusters 3 wouldn’t be the same without you.

Will you see Ghostbusters 3 without Bill Murray?