Kevin Costner, Aretha Franklin and Stevie Wonder will all be in attendance at Whitney Houston’s funeral this weekend, her rep confirmed. 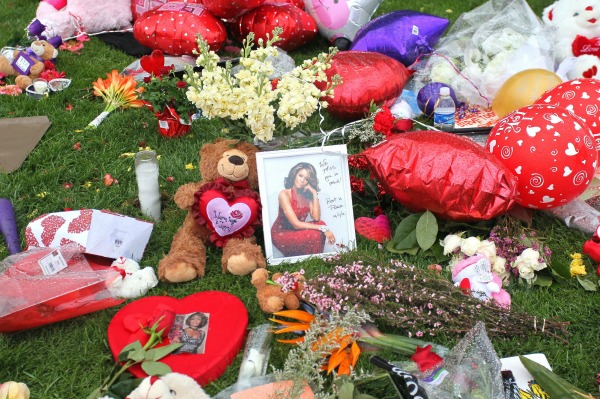 He protected her in their wildly popular film and now he’s protecting her memory. The Bodyguard star Kevin Costner will speak at Whitney Houston’s funeral Saturday, a source close to the singer’s family said.

Costner’s eulogy, confirmed by People, will bring a sad conclusion to a friendship started in the ’90s when the pair’s movie made more than $400 million at the box office.

Houston’s close personal friends Aretha Franklin — Houston’s godmother — and Stevie Wonder will sing at the private service, and despite the family’s reported anger that Clive Davis didn’t cancel his pre-Grammy party after Houston’s death, the industry icon will also speak.

“Clive has been a complete rock for her family this entire time. He’s been with her since the beginning, and he’s been everything to them,” a family source told People. “They’re leaning on him for emotional support. He talks to them hourly, and he’s a very big part in planning her funeral. Clive has been a constant presence for them. They’re thanking God for Clive.”

Whitney Houston’s cause of death: Xanax and drowning? >>

One person who likely will not be at the funeral is Houston’s ex Bobby Brown. Family members have reportedly said Brown is not welcome at the service, and are allegedly trying to keep him away from the couple’s daughter Bobbi Kristina because they are afraid he will exploit her for her inheritance from Houston’s estate, currently estimated at $20 million.

Whitney Houston‘s funeral is being held Saturday at noon at the New Hope Baptist Church in Newark, New Jersey — the very place the gifted singer honed her craft in the choir. While the service is invitation-only, the family has agreed to allow one press pool video camera inside to broadcast to fans in lieu of a public memorial a la Michael Jackson.

Explaining that the family didn’t “want to have a parade,” Pastor Marvin L. Winans said, “I don’t think knowing Cissy [Houston’s mother] and the Houston family… it was a matter of public or private as it was this is my daughter, this is my sister, this is my mother, this is my friend and we want to do this with dignity.”