Busted! Police in Texas have released DashCam footage of Randy Travis’ high-profile arrest. The award-winning country legend was nabbed by cops in Sanger earlier this month and charged with public drunkenness after downing one too many drinks at a Super Bowl party. 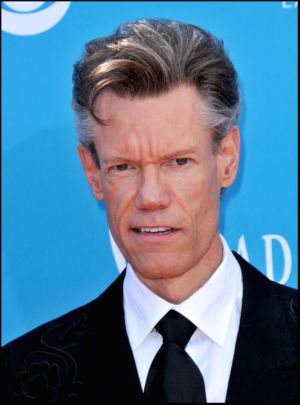 Travis, 52, was taken into custody earlier this month, after police responding to a complaint discovered him inebriated with an open bottle of wine.

The Christian country crooner was collared in Sanger, Texas, an hour north of Dallas, in the wee hours of Feb. 6. Cops said they found the six-time Grammy Award winner sloshed and sitting behind the wheel of his truck, which was parked just steps from a Baptist church.

“An officer detected an odor of alcoholic beverage coming from the person and he noticed an open bottle of wine in the passenger side of the vehicle,” said Sanger Police Chief Curtis Amyx. “His speech was slurred and the officer had a hard time understanding what he was trying to stay.”

On Wednesday, the police department released video footage of Travis’ arrest, as recorded by a dashboard camera in the police car.

In the vid, officers approached the vehicle, where they happened upon Travis. They asked his name and then inquired about whether or not he’d been drinking.

Randy Travis gets wasted at church >>

After finding the bottle of wine, cops told Travis he was being arrested for public intoxication, a misdemeanor punishable by a fine of up to $500.

“Really? Are you kidding me?” the shocked singer asked.

Travis appeared worried as he was placed in the back of the squad car and driven to jail.

“Will anyone here drive me back to my vehicle?” he implored.

Travis was released after spending six hours in the Denton County Jail. Since the star wasn’t driving when nabbed by Sanger cops, he wasn’t slapped with a DUI charge.

The former Touched by an Angel star, whose hits include “Forever and Ever Amen,” later apologized “for what resulted following an evening of celebrating the Super Bowl.”

Travis has since vowed to remain “committed to being responsible and accountable.”