Governor Chris Christie is defending himself against critics of his plan to lower flags at state government buildings on Saturday in memory of singer Whitney Houston. 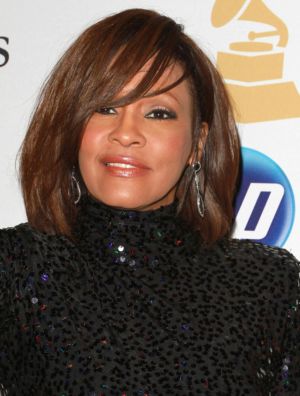 New Jersey Governor Chris Christie has ordered flags to flown at half-staff at state government buildings Saturday in memory of Newark’s own Whitney Houston. But critics argue that the flag tradition should be reserved for members of the military, noting that it’s wrong to honor someone with Houston’s history of substance abuse.

The award-winning pop diva, who died on the eve of the 54th Annual Grammys, will be laid to rest in a private memorial service in the city of her birth this weekend.

On Wednesday, the Republican governor said his office has received a barrage of emails and other messages from constituents critical of the flag tribute. But the rotund politician — once a favorite for the GOP presidential ticket — doesn’t believe the “I Will Always Love You” singer “forfeited the good things that she did in her life” because of her drug struggles.

In fact, the governor calls Houston a “cultural icon who belongs in the same category in New Jersey music history as Frank Sinatra, Count Basie and Bruce Springsteen.”

“A great source of pride for the people of the state… What I would say to everybody is there but for the grace of God go I,” he said.

Christie has also ordered flags flown at half-staff for all 31 fallen New Jersey soldiers and every fallen police officer who has perished during his administration.

“Yes, I think we should respect the life and talent of Whitney Houston. I said a prayer when I heard she died,” the host of The O’Reilly Factor said on The Today Show Thursday.

“This isn’t a personal thing. This is a preventive thing. I want society and media to tell the truth about drug and alcohol addiction. Let’s stop exploiting it and start explaining it.”