Chelsea Handler and Rosie O’Donnell are under fire tonight for making some insensitive remarks about little people. What did they say, and who’s so mad about it? 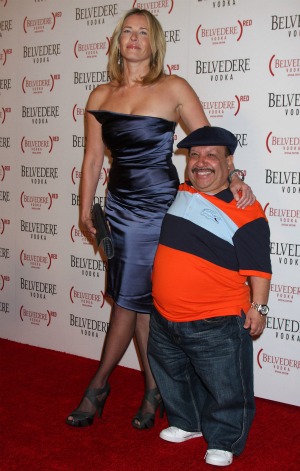 Rosie O’Donnell‘s recent interview with Chelsea Handler was full of totally inappropriate little tidbits, but one topic stood head and shoulders above the others: Midget sex.

Handler employs a little person on her show, Chuy Bravo, as her assistant but said she basically only hires little people because she pities them. Believe it or not, it gets worse.

Chelsea Handler barked at by bullies >>

“I’m a little ashamed about it [but] I have a mild fear or anxiety around little people,” O’Donnell started the conversation, then asked Handler, “Would you ever do a little person?”

“No, that would be child abuse,” Handler said. “I’d never do that.”

“That’s half my issue,” O’Donnell said. “The problem with me is I can’t put the two things together. This is an adult person, a little person… It’s so hard for me.”

Handler, on the other hand, loves them to pieces as long as she doesn’t have to sleep with them.

“I love little people,” she said. “I want to tackle them. I see them and I want to hold myself down. I bite Chuy [Bravo] sometimes… He’s so cute and that’s my ultimate body. If you’re going to have a little person, I want that shape, the corpulence.”

Guess who’s not amused by this little exchange? The Little People of America.

“Handler used a lot of ‘pity rhetoric’ when discussing Chuy, saying he couldn’t get a job if not for her,” LPA spokesperson Leah Smith told the Huffington Post.

“For the record, we’re not in need of ‘getting saved.’ We are capable of being successful in any job.”

“Instead of perpetuating these fears, let’s learn how to accept differences,” she said.

Neither Handler nor O’Donnell have addressed the controversy yet.