Winter is the perfect time to get stuck into thrillers. There’s more time spent indoors and that means more time to read. Whether you like to read bone-chilling suspense or a more humorous approach, this month there is something for everyone.

We start off with four award winning and New York Times best selling authors — Lisa Gardner, Mary Jane Clark, Dean Koontz and Simon Lelic’s 3rd novel. While Gardner’s and Clark’s books revisit characters previously introduced, prior reading is not required to jump straight into the new situations each character is challenged to resolve.

Dean Koontz, long time thriller writer, takes us on a winding dark road of classic, haunted-house terror with a bit of space time continuum that will chill your bones. Finally Simon Lilac takes us over to England for a dark look at what constitutes killing in a heartbreaking story of a child viciously murdering another child. 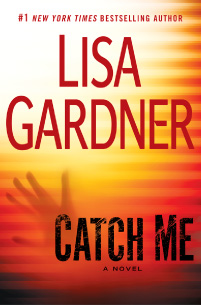 The prologue of Catch Me sets a disturbing stage for child abuse and the characters involved are not as straightforward as they appear. Gardner creates an instant draw with a character named Charlie who stalks a Detective D.D. Warren, telling her that she knows she’ll be dead in four days. Charlie hopes that by meeting D.D in person, the detective will work harder to find Charlie’s killer — if she is indeed murdered. The killer has pulled off two nearly flawless kills in a row, same day and one year apart, both being Charlie’s best friends. Charlie suspects she’s next but she cannot determine why anyone would want to kill her friends. Charlie herself has been seen as a suspect because no one has been able to find any other connection between the two dead women.

Readers will get a look into the desperation and determination of Charlie as she trains to fight off her attacker, despite her paralyzing memories of her abusive mother. Fans who are already familiar with the tough-as-nails lead detective D.D., will find enjoyment seeing how this character evolves emotionally, as a mother to a newborn son and the effects this has on her perspective on life.

The action is plentiful in Gardner’s Catch Me with dark twists, great characters and suspense to fuel this novel along. This book will have you wishing the morning commute was slightly longer so you don’t have to put it down.

The Look of Love 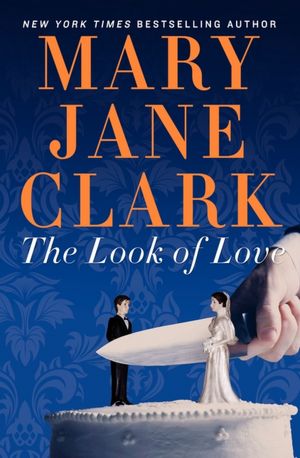 Sometime actor and budding cake maker, Piper Donavan is an instant friend. This thriller is a women’s fiction spin on mystery — making it a lot of fun and full of intrigues, as mouth-watering as the recipes described in the book.

Piper is searching to find her exact calling in life. She wants to act, but she had to move back home since she isn’t getting a steady stream of work. She likes her friend Jack Lombardi who works for the FBI, but she isn’t sure that getting involved seven months after a broken engagement is going to work for her. When a Facebook request for a wedding cake comes with an all-expense paid trip to Elysium, a notorious five star spa in Los Angeles, it’s an offer Piper can’t refuse. She’ll get to try out L.A. as a possible pond of work for acting jobs while putting 3000 miles between herself and all the unanswered questions in her life.

Mary Jane Clark creates a glamorous world full of secrets and resentment where discretion is key. Piper’s curiosity lands her right in the middle of a violent murder. She is glad to be 3000 miles from home so she doesn’t have to face questions from her ex-cop father or her FBI crush, Jack. The trouble and glamour does distract Piper from focusing on her job to decorate a wedding cake for a hundred people, but it is a very charming and intriguing way of building a thriller with multiple suspects.

Jillian Abernathy is the bride and director of the Elysium Spa. Jillian’s father, Vernon is the founder and owner of the spa as well as chief plastic surgeon. After the accidental death of his wife during a routine procedure, Vernon’s second daughter became Sister Mary Noelle, leaving the superficial for the spiritual life as a nun. Through this character, Ms. Clark leads us to a wonderful discovery of irresistible pumpkin bread, not something that turns up in most thrillers. Clark’s unique surprising elements combined with a cold- blooded killer on the loose make The Look of Love irresistible.

Now we leave the glamour and sunshine of the West Coast for Simon Lelic’s thriller The Child Who which takes place in Southern England. 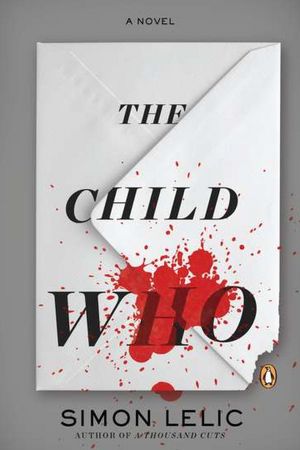 An unforgiveable violent murder of an 11-year-old girl named Felicity is made all the more unbearable by her suspected killer being another child. By chance Attorney Leo Curtice answers the phone and winds up as representing the suspected killer, 12-year-old Daniel Blake.

Leo’s life is immediately impacted at home and at work. His law office is a usually sleepy place with unexciting drunk-and-disorderly cases to handle. The chance to be in the spotlight is a draw Leo jumps at, giving little thought to the consequences on those around him.

Leo’s wife Meg and his sensitive 15-year-old daughter, Ellie are both shaken up by threats and isolation from their peers. Meg begs Leo to drop the case but he keeps going, certain that he can use it to make his career, even after Daniel attacks him physically. Leo reasons that this case will let him achieve the potential his deceased father envisioned for him.

Lelic’s 3rd novel is a psychological thriller asking how much carnage is a person willing to overlook in order to come out on top? What is a trial worth when a suspect has already been convicted by society? The moral obligation of the legal representative for the suspect is the way for some to strike back — but how is a person to know the difference between harmless bullies and an actual second murderer? Lelic raises some hard questions as the lives of Leo Curtice and his family are changed forever by someone else’s crime. 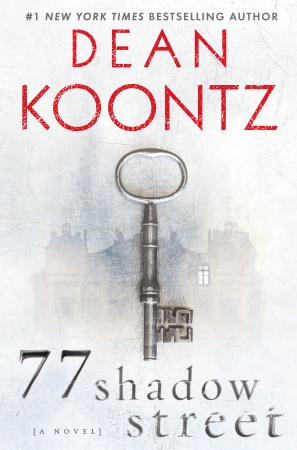 Long time fans of Koontz beware — this is not his typical character driven thriller. Mr. Koontz introduces many interesting characters, almost too many and continues to even more than halfway through the book. It is a plot-driven novel as opposed to Koontz’ previous works with deep character development. 77 Shadow Street readers should focus on the strange occurrences in the house — a posh Victorian house, first known as Bella and now as Pendleton.

Peddleton sits atop a “space-time trapdoor” which opens every 38 years for which unlucky inhabitants within its reach suffer. Fortunately there is a map of the building, so for those who are confused, it’s handy to orientate where characters are within Peddleton.

Koontz combines thriller and science fiction for a unique and mind-bending work. The book is light on dialogue as a device to move things along but there is still plenty of action. Where Dean Koontz shines in this book is the details. His descriptions of horror are chilling. If you can get past the cumbersome character list, there is an interesting plot to uncover.