Oh, that Eli Stone — we knew he’d land somewhere eventually! Thanks, CBS for making him your Sherlock Holmes! 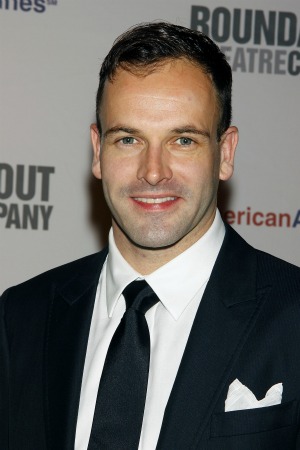 The new drama pilot is a “modern” take on the famous detective’s cases.

According to Deadline, Jonny Lee Miller will play Sherlock Holmes who, get this, is now based in New York City.

Talk about a modern twist!

Okay, before we go on, is anyone else dreaming up Robert Downey Jr. in their head right now?

It’s so hard to see anyone else in the role of Sherlock Holmes after RDJ took on the iconic character on the silver screen.

Eh, it’s just our own personal bias. Either way, the potential series has a lead.

According to Deadline, Robert Doherty wrote the script for Elementary and is executive producing the pilot with Sarah Timberman and Carl Beverly. Michael Cuesta is tapped to direct the drama.

Jonny Lee Miller appeared in a guest arc on Dexter and most recently starred on stage in Frankenstein in London. His role earned him a Best Actor Evening Standard Theatre Award.

Jonny Lee Miller is due up next on the big screen in the adaptation of the TV series Dark Shadows.

There’s bound to be some big opinions on this one and we want to hear them.

What do you think of Elementary? Hit up our comments section and tell us what you think…

Leave Sherlock Holmes be or bring him to series?