Sean Penn is sticking his nose into international politics again and has managed to tick off all of Great Britain in the process. How is Prince William involved? 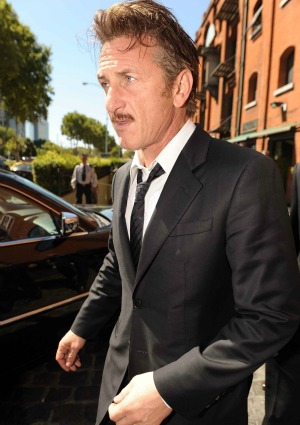 Sean Penn is under fire for running his mouth about politics again. The actor, who is neither British nor Argentine, said sending Prince William to the Falkland Islands is an act of “colonialism” at its worst.

“The world today cannot tolerate ridiculous demonstrations of colonialism,” Penn said of the conflict between Great Britain and Argentina over the Falklands.

While members of Parliament called Penn’s comments “moronic,” British Prime Minister David Cameron said the decision to remain part of the British Commonwealth or return to Argentine rule should be made by the Falklanders themselves.

“As long as they want to remain part of the United Kingdom and be British, they should be able to do so,” he said.

Rather than pipe down about politics in which he has no hand, Penn slammed Great Britain again — and this time hit below the belt, taking aim at the country’s golden boy Prince William, who is currently serving a six-week deployment in the controversial area.

“My oh my, aren’t people sensitive to the word ‘colonialism,’ particularly those who implement colonialism,” Penn mocked.

“It’s unthinkable that the United Kingdom can make a conscious decision to deploy a prince within the military to the Malvinas, knowing the great emotional sensitivity both of mothers and fathers in the United Kingdom, and in Argentina, who lost sons and daughters in a war of islands with a population of so few.”

“There are many places to deploy the prince. It’s not necessary, when the deployment of a prince is generally accompanied by warships, to send them into the seas of such shared blood,” he said.

Perhaps Penn should put his money where his mouth is and return his Malibu estate to Mexico.