Lil Wayne’s getting married? A message posted on Twitter had fans believing the rapper proposed on Valentine’s Day, but be sure to read what else he wrote Wednesday morning. 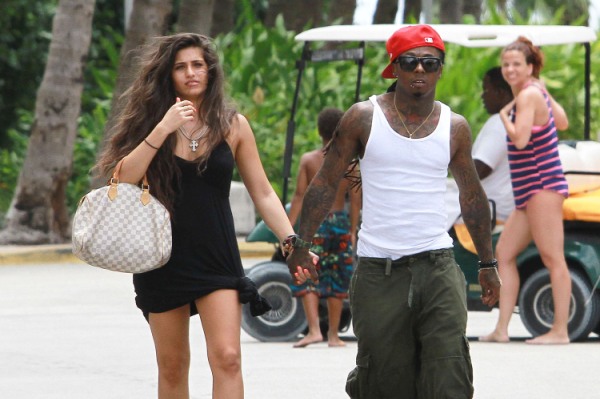 Have you heard the one about Lil Wayne proposing to girlfriend Dhea? Let this bit of false gossip be a lesson in why you can’t assume too much based solely on a person’s tweets.

“She said yes!” the 29-year-old tweeted Tuesday evening, leading fans to jump to the conclusion he had asked Dhea to marry him.

Yet hours after the rumor mill ramped up over news of Lil Wayne’s engagement he put the kibosh on the whole thing. Wednesday morning he tweeted, “I meant ‘she said yes’ to being my valentine!!! Hahahahahahaha! Y’all krazy!”

Reacting to the clarification one Twitter follower admitted, “Had me fooled!”

There you have it folks, just a guy happy to have a sweetheart on Valentine’s Day, no wedding bells in the works — but perhaps a baby?

As speculation Lil Wayne would be tying the knot grew, reports Dhea may be pregnant also began to circulate. If true, the baby would be the first child for the couple, but his fifth!

The rapper welcomed his first child, a daughter named Regina, at the age of 15. Lil Wayne was married to her mother on Valentine’s Day 2004, but the pair divorced in 2006. His second child, Dwayne III, was born in 2008 (the mother is not publicly known).

In 2009 Lil Wayne found himself expecting two children at the same time, with two different women. Cameron Carter was born to Lauren London on Sept. 9, 2009, and son Neal was born on Nov. 30, 2009 to singer Nivea.

SheKnows has reached out to a rep for Lil Wayne for comment, but so far no word back on the gossip Dhea may be pregnant.