Whitney Houston hasn’t been dead a week, but the pundits are already roaring about what caused her demise. Too soon? 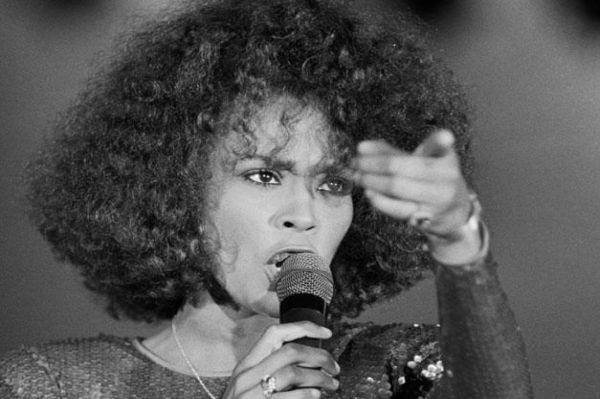 In case you were wondering how long it would take the pundits to start weighing in on what killed Whitney Houston, the answer is: About a nanosecond.

The “I Have Nothing” legend, 48, was found dead in a suite at the Beverly Hilton Hotel on Feb. 11. But it’s ultra-conservative commentators Bill O’Reilly and Nancy Grace who are hot on the blogosphere this Wednesday, after serving up steaming scoops of dish about the passing of the pop powerhouse.

O’Reilly — the Fox News anchor who never met a liberal he didn’t want to call “pinhead” — had harsh words for Houston on Monday’s edition of The O’Reilly Factor.

“Whitney Houston wanted to kill herself. Nobody takes drugs for that long if they want to stay on the planet,” he thundered. “The hard truth is that some people will always want to destroy themselves and there’s nothing society can do about it.”

Houston’s death probe has turned to the litany of prescription drugs reportedly found in her room and the doctors who prescribed them.

Bill has a bone to pick with them, too. The host blasted the doctor who prescribed medication for Houston, arguing that any physician worth their salt “had to know she was a drug addict.”

Cops don’t necessarily disagree. Investigators are expected to serve subpoenas on Houston’s doctors and the pharmacies that filled her prescriptions as the inquest into the death continues, The Los Angeles Times reported Tuesday.

Before signing off for the night, O’Reilly also slammed “I Left My Heart in San Francisco” crooner Tony Bennett. The 85-year-old singer was the subject of chatter this week, following his call for drug legalization only hours after Houston’s body was discovered.

Bill pointed out that the only drugs found in the star’s room were legal prescriptions.

Meanwhile, all Nancy wants to know is — well — everything.

“I’d like to know who was around her, who, if anyone gave her drugs — following alcohol and drugs — and who let her slip, or pushed her, underneath that water? Apparently, no signs of force or trauma to the body…” CNN’s legal busy body chattered on-air this week.

“Who let Whitney Houston go under her water?” Grace added.

The network later distanced itself from Grace’s comments.

Grace’s on-air remarks are notorious for attracting backlash. The one-time Dancing With the Stars contestant, who sometimes fancies herself a modern-day Sherlock Holmes, has verbally sparred with the legal teams of many high-profile defendants over the years.

Some of Nancy’s most notable targets have included the Duke University lacrosse players accused of raping a local stripper and Casey Anthony — who Grace famously branded “Tot Mom.”

Grace came under fire in 2006, when Melinda Duckett, the mother of a missing toddler, killed herself the day after a heated live interview with the former prosecutor.