Gossip Girl actress Blake Lively has been granted a temporary restraining order against a fan she claims has been “lurking around” the set of the popular CW soap and bombarding her mother with phone calls. 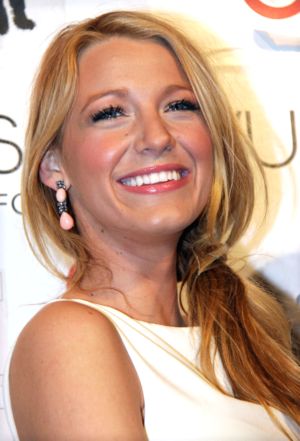 Lively’s got a loon.

Leggy actress Blake Lively has obtained a restraining order against an obsessed fan, according to court documents filed in New York this week. The 24-year-old Gossip Girl actress accuses Sergei Mifle of “lurking around” the set of the CW teen drama and contacting her mother, Elaine, via phone and e-mail.

A picture of Sergei attached to the petition showed a man with a distinct nose wearing a baseball cap, a polo shirt and a dark jacket. The man reportedly claims to have a “metaphysical” connection to Blake and says he was cruising the show’s Manhattan set to “help her heal.”

Instead, Mifle has managed to completely creep out the blonde bombshell, who now fears for not only her safety but that of her mom.

”Respondent Mifle’s harassing and stalking behavior has steadily intensified between Feb. 1 and the present causing Lively and her mother significant distress and anxiety,” attorneys for the starlet wrote in their application for an order of protection.

The freshly-minted temporary restraining order states that Mifle must stay at least 100 yards away from Blake and Elaine at all times.

Lively isn’t the first star to take legal action against a threatening fan.

In 2010, a New York judge sentenced a man to two years behind bars for menacing R&B singer Ashanti and peppering her mother’s cell phone with disturbing X-rated images.

Just last week, a mentally-disturbed man once shot, convicted and jailed for stalking singer Madonna (and later Oscar winner Halle Berry) wandered away from the suburban Los Angeles institution he calls home. He was apprehended after a week on the lam.

Selena Gomez and Ryan Seacrest have also seen their stalkers arrested and prosecuted.