Katy Perry’s lost her husband… but at least she gets to keep her cat. The “I Kissed a Girl” songstress and her soon-to-be ex recently worked out a custody agreement for Krusty the Cat, the kitty the former couple adopted in May 2010. 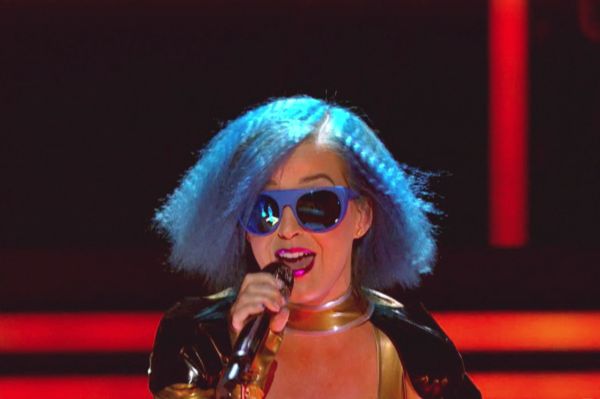 Katy Perry takes the millions… and the litter box.

The “Firework” star has worked out a custody agreement with ex Russell Brand: Krusty the Cat, the feline the pair adopted together, will remain with Katy.

The exes shared Krusty, but Katy was already a proud mama to pet feline Kitty Purry before meeting Russell in August 2009. Russell also has a cat, Morrissey.

Krusty, as devoted Goss Gawkers will recall, is the cat that Russ famously offered up for sale on YouTube — much to Katy’s chagrin. The former Mr. and Mrs. Brand worked out an arrangement for the animal during a brief meeting in Los Angeles last week, tipsters told Grazia magazine.

“She took the cat they shared with her as she knew he’d want to see her and he agreed she could have custody of the cat,” a source divulged. “Katy, understandably, was in tears. She gave Russell a hug and wished him luck with everything. She was trying to remain strong but burst out crying as soon as she got into the car and sobbed her heart out.”

It looks like Perry is working out her emotions as only a pop star can: In song. Perry shouted out a thinly-veiled diss at Rusty as she performed her new song, “Part of Me,” at the Grammy Awards on Sunday.

The lyrics include, “You chewed me up and spit me out; Like I was poison in your mouth; You took my light, you drained me down… You ripped me off, your love was cheap.”

And “Keep your diamond ring; In fact, you can keep everything… Except for me.”

She really did let him keep the ring, according to the Grazia spy.

“She gave her wedding ring back, said she couldn’t bear to even look at it and wanted him to have it. Katy doesn’t care about the cost. She needs to rid herself of it and Russell can do what he likes with it.”

Russell and Katy announced plans to end their 14-month marriage in December. Both parties signed the paperwork to dissolve the union on Feb. 8.

The divorce will become final in June.

Brand previously balked at the chance to sue Perry for spousal support. The Grammy winner gets to keep all of the estimated $44 million she made during the couple’s prenup-less union — half of which Brand could have claimed under California’s community property laws.