Selena Gomez has announced that she is splitting from her band of three years, The Scene. 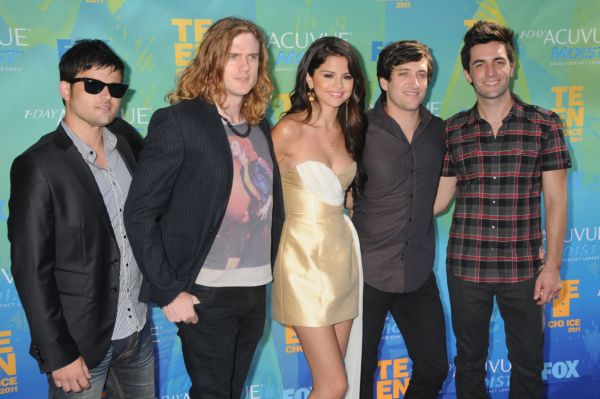 Selena Gomez is sooo ovah The Scene. On Monday, the singer-actress hit Instagram with the announcement that she has split from her band of three years.

“Currently bawling my eyes out,” Gomez, 19, wrote along with a picture of herself with the “Who Says” hit-makers.

She added, “I can’t express enough how grateful I am for this group. They have been with me since day one and I can’t believe it’s actually over. I love you, The Scene.”

Selena Gomez and The Scene released three albums together, including 2010’s A Year Without Rain and last year’s When the Sun Goes Down. They had just wrapped up a tour of South America when Gomez threw in the towel.

After being probed by fans, Selena took to Facebook to “clear up” goss about what led to the split.

“Just to clear up my last Instagram post, my band and I are going our separate ways for a while,” she wrote.

“This year is all about films and acting and I want my band to play music wherever with whoever. We will be back, but it will be a good while. I love them and I love you guys.”

Selena added, “This tour has been amazing. Thank you all for the love and support you have shown me. Today is the last show but… I will be back.”

In the meantime, Selena is keeping busy with a mess of upcoming film gigs.

The possible future Mrs. Justin Bieber has been tapped for a role in the upcoming film Aftershock. She’ll also appear in Spring Breakers — an edgy comedy about a group of friends on spring break. The movie features James Franco and Vanessa Hudgens.

Fans can look forward to catching Selena in Adam Sandler’s Hotel Transylvania. The story follows Dracula (Sandler), who sets up a high-end resort away from the human world. Things fall apart, however, when a boy discovers his secret oasis and falls in love with his daughter (played by Gomez).

Selena picked up the part after fellow former Disney darling Miley Cyrus dropped out to turn her focus to putting the finishing touches on her upcoming album.