The guy that broke Adele’s heart and inspired her album 21 has been unmasked! Find out who this heartbreaker is and why Adele was so hung up on him. 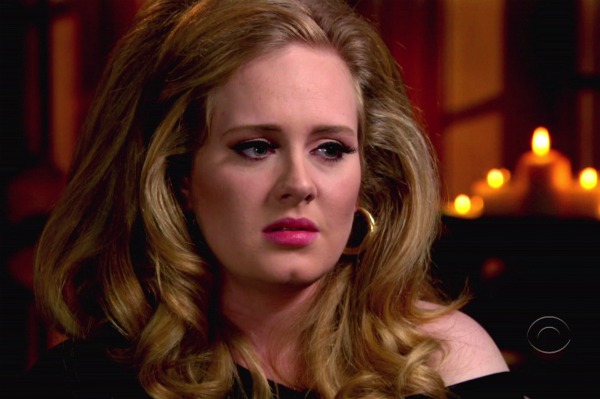 Grammy sweeper Adele has openly admitted that both of her albums were inspired by different ex-boyfriends, but no one knew exactly who — until now. The guy that broke the singer’s heart and inspired her album 21 has finally been unmasked!

A source told the New York Post that Adele’s dastardly ex is actor/musician Slinky Sunbeam, also known as Slinky Winfield — a 25-year-old who began his relationship with the singer after she rose to fame with her first album 19.

“Adele likes to keep part of her life back for herself, but it’s an open secret that Slinky was the guy who inspired 21,” a friend of the singer told The Post. “He’s a seriously good-looking guy. He has a great body and likes to wear vests to show it off. And he has this crazy hair which reminds me of Jimi Hendrix — it’s really wild and untamed.”

“It’s easy to see what attracted Adele to him,” the friend added. “He’s a really popular guy, the life and soul of the party, and he’s a musician as well. But while Adele has the knack for writing songs which the whole world can tap into, Slinky’s material is more underground and kind of art-school trendy.”

After Slinky — er, the “anonymous source” — was done spilling to The Post, he did not run to a lawyer’s office to sue for royalties, unlike the still-anonymous boyfriend who inspired 19.

While Adele has said that she and the 21 guy simply grew apart, the source said the relationship actually ended when Slinky took up with Burberry model Morwenna Lytton Cobbold because he just needs to be a free bird, man.

The soulful singer is currently dating 36-year-old entrepreneur Simon Konecki. Adele isn’t writing her third record yet, but just wait ’til they break up.