Janet Jackson is devastated over the death of her friend and fellow artist Whitney Houston, and tells Anderson Cooper she can relate to the pain Bobbi Kristina must be feeling right now. 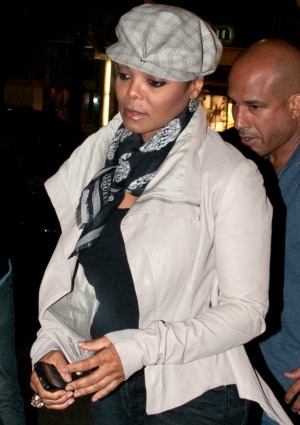 Janet Jackson knows a thing or two about tragedy. After suffering the loss of her brother Michael Jackson from his drug use, now she’s been left reeling from the death of Whitney Houston under similarly tragic circumstances.

“I couldn’t believe it,” Janet Jackson told Anderson Cooper Tuesday. “Immediately I started shaking. I was trying to text everyone that I knew to let them know and I was speechless. I could not believe it.”

Whitney Houston’s cause of death >>

“I was home, here. I just so happened to be watching TV and I saw this newsflash and I still can’t believe it when I hear them paying tribute to her on the radio, it’s still such a shock to me. I don’t want to believe it.”

“She was such a sweet, sweet soul,” Jackson remembered. “Especially back in early ’80s and early ’90s is when I connected with Whitney the most. It doesn’t matter if we were doing an awards show. We would always take the time out to find one another.”

Bobbi Kristina was hospitalized twice in the 24 hours after her mother’s death. Jackson said she knows how hard it is to deal with the death of someone you loved so much, but life can’t be lived that way.

“You have to come to terms at some point… you have to actually give it up to God and it sounds so mean but you have to move on. You can’t hold onto that because it can be very devastating. Sometimes therapy is the best thing.”

“You figure out a way to move on. It’s always right here. There’s never a day, not one day has gone by where I don’t think about my brother and my other brothers and sisters say the same thing.”

Whitney Houston’s funeral is scheduled for Thursday in her hometown of Newark, New Jersey.