NBC’s Awake premieres March 1, but you’re in luck! You can catch the first seven minutes right here — before it premieres — just keep reading. 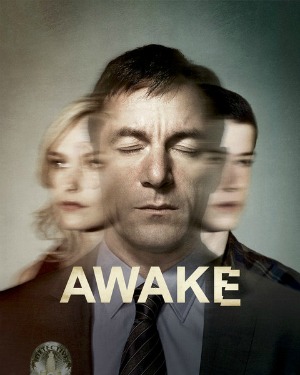 Stay Awake, people! You don’t want to miss the first seven minutes (and a few extra seconds) of NBC‘s newest drama, trust us.

With many networks releasing first-looks at their newest shows, NBC is the latest to release a sneak peek and we couldn’t be more excited to bring you the first seven minutes of Awake!

Before you check Awake out, here’s a little background: Awake centers around detective Michael Britten (Jason Isaacs), a man who survives a tragic car crash with his family and begins living in two different realities.

The first is one where his wife Hannah (Laura Allen) survived, while the second is where his son Rex (Dylan Minnette) survived.

Creepy, right? But really interesting too! You’re going to want to pay attention to this one because it sounds like it’s all going to come down to the details.

To fill you in further, Michael has two different police partners in each of his new realities: detective Efrem Vega (Wilmer Valderrama) and detective Isaiah “Bird” Freeman (Steve Harris). Combine that with two different therapists, Dr. John Lee (B. D. Wong) and Dr. Judith Evans (Cherry Jones) and you’ve got one complicated story.

Michael’s dilemma? Figuring out if he’s awake or dreaming and how the realities are linked.

Will you be tuning in for Awake?