Allison Janney is giving a little “help” to The Big C. It’s been confirmed that the award-winning actress will appear on the Showtime dramedy. Janney is the latest actor to join the third season, following Susan Sarandon and Victor Garber. 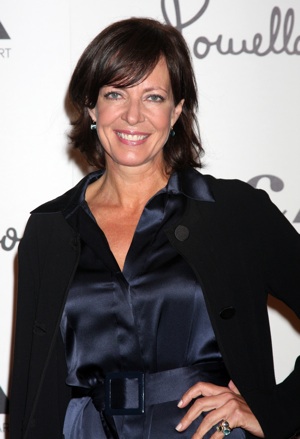 According to The Hollywood Reporter, Janney has signed on for a guest stint on the dramedy. The actress will play a successful Hollywood producer who tries to get her hands on Cathy (Laura Linney) and Paul’s (Oliver Platt) life rights, so she can adapt their story into a feature film.

Janney is just one of many additions to the show’s cast. Back in January we reported that Oscar-winner Susan Sarandon was coming on for a short run. But unlike Janney, her character is less devious. Sarandon will play “Joy, a cancer survivor who is using her unique experience to inspire and motivate others.”

But the casting doesn’t stop there! Former Alias star Victor Garber will also make an appearance on The Big C. He’s set to play an antagonist for Sean (John Benjamin Hickey), Cathy’s brother. Apparently, an accidental phone call between the two “leads to a harassing situation.”

Over the past year, Janney has been riding a wave of success thanks to the box office hit, The Help. Last summer, the actress starred in the period drama, which grossed over $206 million worldwide. That’s a huge accomplishment for a female-driven film.

In less than two weeks, Janney and the rest of The Help cast will be walking the red carpet at the 2012 Academy Awards. The film is nominated for four Oscars, including Best Picture, Best Lead Actress and Best Supporting Actress.