Dry your eyes Chuck fans, your beloved Zachary Levi has a new project up his sleeve — as if you thought he wouldn’t! 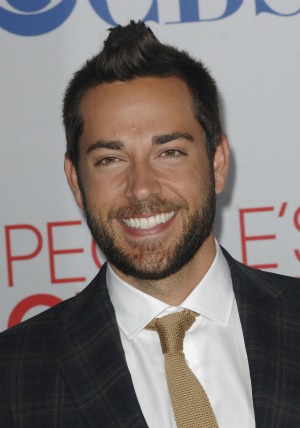 Can’t let Zachary Levi go? Well, you might not have to as he’s leading Fox’s new pilot, Let It Go.

How fun is it to watch pilots come down the pipeline with your favorite stars attached?

Chuck wrapped up its series finale recently, and the cult show’s followers were so bummed to see Zachary Levi go.

Those same followers are probably in the midst of sending Fox a big old cookie basket with a huge thank you card for this latest dish.

According to TV Line whose sister site, Deadline, first reported the news, Let It Go is a single-camera, half-hour comedy centering around a married couple trying to “navigate, negotiate and sometimes manipulate society’s unspoken rules.”

DJ Nash (Traffic Light) wrote the script for Let It Go and will also serve as an executive producer with, get this, Peter Tolan of Rescue Me and Michael Wimer.

Anyone associated with Rescue Me is A-okay in our book!

It seems like new pilot scoops are being buzzed about every day, so stay tuned as we bring the latest news on what’s hot from your favorite networks and cablers — ’tis the season for pilots!

Gosh, Zachary Levi’s exit from the small screen was short-lived — thank goodness! Can anything top what he brought to Chuck?

Hit up the comments section and tell us what you think of Zachary Levi’s new role! We know you have an opinion, so why not use it?

Are you ready for more Zachary Levi?