It’s a sad day for those of us who were holding out hope that House would change its series finale plans. Keep reading to find out about the big date. 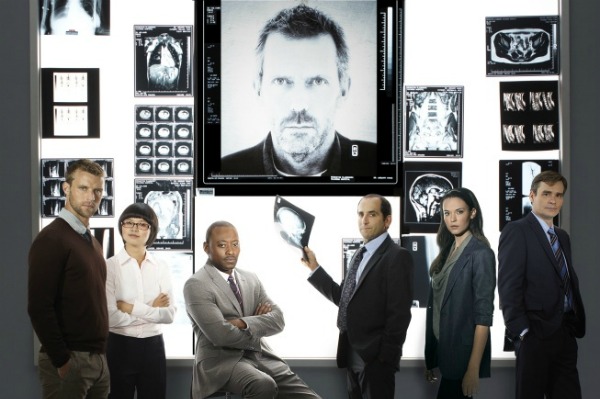 After countless Emmy awards and eight stunning seasons, House has officially been given a series finale date.

Recently, Hugh Laurie, David Shore, and Katie Jacobs confirmed the show’s current eighth season would be its last, but no end date was given. Today is a different story.

A release from Fox, plus a Fox rep’s confirmation to The Wrap, confirms the doors will close on House May 21.

A media release given last week on the show’s series finale read: “After much deliberation, the producers of House M.D. have decided that this season of the show, the 8th, should be the last. By April this year they will have completed 177 episodes, which is about 175 more than anyone expected back in 2004.”

“The decision to end the show now, or ever, is a painful one, as it risks putting asunder hundreds of close friendships that have developed over the last eight years — but also because the show itself has been a source of great pride to everyone involved.”

“Since it began, House has aspired to offer a coherent and satisfying world in which everlasting human questions of ethics and emotion, logic and truth, could be examined, played out, and occasionally answered. This sounds like fancy talk, but it really isn’t. House has, in its time, intrigued audiences around the world in vast numbers, and has shown that there is a strong appetite for television drama that relies on more than prettiness or gun play.”

The release went on to say, “But now that time is drawing to a close. The producers have always imagined House as an enigmatic creature; he should never be the last one to leave the party. How much better to disappear before the music stops, while there is still some promise and mystique in the air.”

“So, finally, everyone at House will bid farewell to the audience and to each other with more than a few tears, but also with a deep feeling of gratitude for the grand adventure they have been privileged to enjoy for the last eight years. If the show lives on somewhere, with somebody, as a fond memory, then that is a precious feat, of which we will always be proud.”

Here’s the interesting part of the statement’s closing words that made us hopeful that the series finale would be put off — “Everybody Lies.”

We thought maybe, just maybe, they were going to punk us in the end. With the confirmation of the end date, is there reason to hold out hope any longer? Probably not.

Tell us what you think…

Are you ready to say goodbye to House?