Gerard Butler is one of the hottest actors in Hollywood and has a reputation for being one of the town’s biggest bad boys — but a partier he is not. 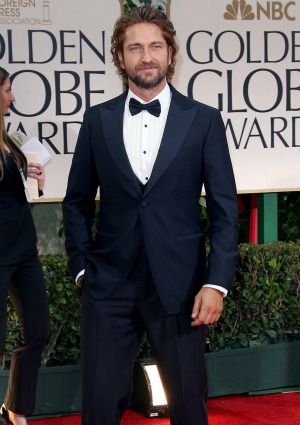 If you were hoping Gerard Butler could blame his alleged week-long fling with Brandi Glanville — or the fact that he doesn’t remember who she is — on a long bender, we’ve got some bad news for you: The 300 actor doesn’t drink.

Turns out Butler had a pretty nasty alcohol problem back in the day, but cleaned himself up in time to savor his success on the big screen.

“I had gone from a 16-year-old who couldn’t wait to grasp life to a 22-year-old who didn’t care if he died in his sleep,” the actor revealed to Chris Sullivan of The Red Bulletin.

“I used to drink until I couldn’t remember anything,” he explained, revealing that he was fired from his job at an Edinburgh law firm. “I was just mad for it and on a death wish. It was madness.”

Unemployed, Butler moved to London to live with his casting director girlfriend and cleaned himself up. She got him his first acting role and the rest is history — the kind he actually can remember since he doesn’t drink anymore.

“One or two drinks was never enough for me. I was a foot-on-the-floor-all-the-way drinker, so it had to go. I don’t miss it. Now it’s as if I never had a drink in my life. At one point, I could never have conceived going out and not drinking but, as time goes on, you lose the urge and the insecurity that often makes people drink in the first place.”

Not that he needs a drink to savor his good fortune.

“I am a single, successful, Scottish actor in a city full of beautiful women, and I will admit to having the time of my life.”

Just not with Brandi Glanville.