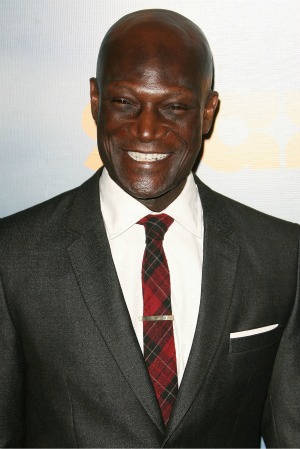 Wondering what Peter Mensah will be doing in Bon Temps as part of True Blood‘s season five?

Well, all we can say right now is he’s locked a recurring role as Kibwe, a member of the Vampire Authority, according to TVLine and Deadline.

Don’t freak out yet, Spartacus fans. His role as Oenomaus on Starz’s hit show isn’t in jeopardy at this time.

Currently, the plan is to go into production for the third season of Spartacus in April — in New Zealand, we might add. That means there’s time for Mensah to take on his True Blood role.

Peter Mensah isn’t the only person showing up for season five.

We reported a while back that Christopher Meloni was locked to appear, making SVU fans extremely happy to see him again.

Executive producer, Alan Ball, told TV Line back in December that Christopher Meloni would be playing “an ancient, powerful vampire who holds the fate of Bill and Eric in his hands.”

We want to hear from True Blood fans! Are you craving more supernatural drama from True Blood? What do you think of the additions of Peter Mensah and Christopher Meloni?