The zombies are back! The Walking Dead has returned to AMC. Sunday night, the network aired its midseason premiere, which scored record-breaking ratings. Rick, Daryl, Lori and Shane, we missed you! 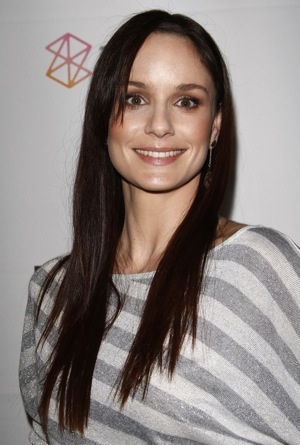 The stars of AMC’s The Walking Dead have something to smile about. After a three month hiatus, the drama is back on top.

According to Entertainment Weekly, The Walking Dead pulled 8.1 million viewers for its midseason premiere. Out of that, 5.4 million were from the coveted 18-49 demographic. That’s the largest demo share for any drama series in basic cable history!

Throughout the night, AMC aired repeats of the episode, which brought its total tally to 10.1 million viewers. That’s an impressive number considering its stiff competition.

The Walking Dead was up against the Grammy Awards, which experienced its own record-breaking night. The ceremony scored 39 million viewers making it the second highest-rated telecast in Grammy history.

[The Walking Dead spoilers below]

The Walking Dead’s premiere picked up immediately where the finale left off. After it was revealed that Sophia was in the barn (and a zombie), the survivors were emotionally torn. Carol was heartbroken, Shane was angrier than ever and Hershel lost hope in humanity.

The first half of the second season was extremely slow. There were fewer zombies and the writers introduced a soap opera element. The who’s-the-daddy storyline between Rick, Lori and Shane hasn’t been a crowd pleaser. Luckily, this week’s episode was less All My Children and more hardcore drama.

The Walking Dead airs Sundays at 9 p.m. ET/PT on AMC.