Leona Lewis loves her makeup, but that doesn’t mean she’s willing to put up with product testing on animals. To get her message heard the singer sent out a very unusual Valentine’s Day card. 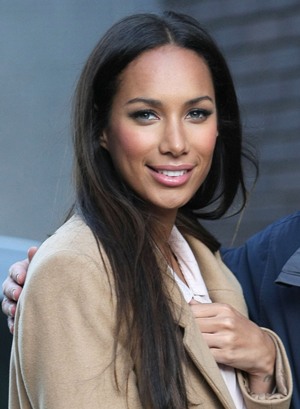 Valentine’s Day isn’t all about love and roses, for Leona Lewis it’s an opportunity to make a personal plea to help end the suffering of animals used in cosmetics testing.

The singer has taken action by penning a Valentine letter to John Dalli, the European Commissioner for Health and Consumer Policy, to encourage him to support Humane Society International’s Cruelty-Free 2013 campaign against animal testing.

Leona Lewis is “dismayed” to learn Commissioner Dalli is “considering a proposal that would undermine the 2013 ban by giving cosmetics companies a loophole to continue profiting from animal suffering.”

The singer, a vegetarian since age 12, wrote, “As a compassionate EU citizen who loves both animals and cosmetics, I am sending you my heart-felt plea this Valentine’s Day to help animals who suffer to test beauty and personal care products for sale in the European Union.”

The 26-year-old continued, “Like most girls, I love makeup, but my ethical principles are also very important to me. No new lipstick, eye-liner or other cosmetics ingredient can ever be worth the suffering and death of defenseless animals forced to endure painful toxicity tests.

“These gentle animals are killed by the hundreds in some tests, despite the fact that manufacturing products free of new animal testing is perfectly possible through the use of thousands of existing, safe ingredients.

“Animals have suffered enough — if their pain has been deemed immoral within the EU, it must also be immoral outside the EU. To trade in their pain would be hypocrisy.”