The Artist silenced the competition at the 2012 BAFTA Awards. The French comedy dominated most of the major categories including best film. The black-and-white jewel will definitely be one to watch at this year’s Oscars. 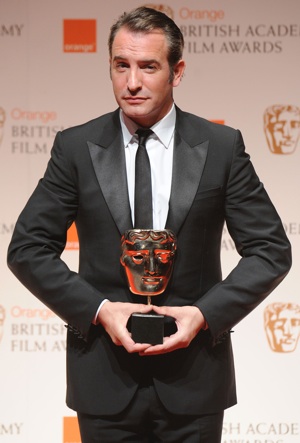 Sunday night, The Grammys wasn’t the only ticket in town. Some of Hollywood’s finest traveled to London for the 2012 BAFTA (British Academy of Film and Television Arts) Awards.

This year, The Artist was king as it walked away with seven wins, including best film, best director (Michel Hazanavicius) and best leading actor (Jean Dujardin).

Meryl Streep won best leading actress for her stellar performance in The Iron Lady, while 28-year-old Adam Deacon was given the rising star award .

The BAFTAs also recognized career achievements for both Martin Scorsese and actor John Hurt. Scorsese received the Academy Fellowship Award, which honors outstanding achievement in the art of the moving image.

Hurt earned a special statue for his multiple contributions to cinema. Over the course of his career, he’s appeared in notable films such as The Elephant Man, Alien, Midnight Express and most recently Tinker Tailor Soldier Spy.

Check out the full list of BAFTA winners below: