Lana Del Rey is no stranger to a harsh performance review, but if everything that’s written is “fiction” then it’s no skin off this singer’s back. 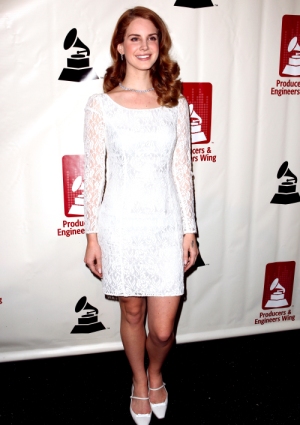 Lana Del Rey has a unique approach to dealing with unfavorable reviews. Rather than being disheartened to hear from critics, she simply considers everything they write to be fiction.

The 25-year-old, who recently delivered a highly questionable performance on Saturday Night Live, is on the cover of the latest issue of Complex magazine.

“I’m pretty much switched off from it,” Lana Del Rey said of unflattering press. “What other people have been saying doesn’t have anything to do with me because I never gave any long interviews to anyone. Ever. Everything is basically fiction.”

Of her performances, which lack theatrics and stage tricks many of her fellow musicians are fond of Del Ray says, “My real fans know I’m not a showstopper on stage. I don’t have f***ing circus lights. I just don’t care. My fans are there because they want to hear the record live. Everyone else is just there to see what happens.”

The 25-year-old, who for a time went by the names Lana Del Ray and Lizzy Grant, also bites back at critics who question her name and image changes.

“If you consider the definition of authenticity,” Del Rey told the magazine, “It’s saying something and actually doing it. I write my own songs. I made my own videos. I pick my producers. Nothing goes out without my permission. It’s all authentic.”

“I never changed my sound,” she went on. “I never stopped writing about what was actually going on in my life. There’s nothing to hide.”

Of her own philosophy towards life Lana Del Ray commented, “I have a personal ambition to live my life honestly and honor the true love that I’ve had and also the people I’ve had around me. I want to stay hopeful, even though I get scared about why we’re even alive at all.”