Fergie has inked a deal to appear in a series of print advertisements as the first celebrity brand ambassador for drugstore cosmetics staple Wet n Wild. 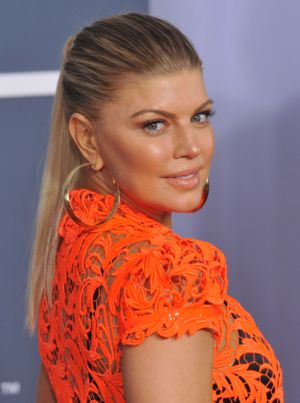 Fergie is the new face of Wet n Wild Cosmetics.

The beauty brand, a staple in the train cases of many budget-conscious YouTube gurus, has tapped the Black Eyed Peas frontwoman as its first celebrity spokesmodel.

“For me, this is really no risk whatsoever; it has always been a part of my life, so it is natural to me. I like to dive into things that haven’t been done before. That keeps me stimulated. Otherwise, life is boring,” the “Big Girls Don’t Cry” singer said of linking up with Markwins International, which owns Wet n Wild and its urban-targeted equivalent, Black Radiance.

Fergie will appear in new print advertisements for the collection’s assortment of lip colors, eyeshadows and nail polish. The campaign will debut this spring.

“I’m truly excited to be the global beauty ambassador for Wet n Wild. The brand delivers amazing palettes, unquestionable quality and is incredibly affordable. It’s a beauty trifecta that I’m proud to be involved with,” the one-time Kids Incorporated star added.

“In Hacienda Heights, there were a lot of beautiful chola girls. They wore Wet n Wild. I would watch them put on their eyeliners and lip liners at school. The big thing for the eyeliners was to heat them up and put on the black eyeliners smooth,” Ferg cracked in a chat with Woman’s Wear Daily this week.

Fergie is still taunting us with this baby business >>

“They would also line their lips with dark lip liner… Their faces were like palettes. I would try to emulate them. Eric Chen, who is the [Markwins] owner, was like 30 seconds to a minute away from me growing up. He saw girls like me stocking up on those lip liners and eyeliners.”

History aside, Fergie agreed to work with the brand because their products offer cosmetics lovers quality products at prices that won’t break the bank.

Fergie previously fronted the MAC Viva Glam campaign to raise money for HIV/AIDS research. She is also a former Candie’s girl, having touted the Kohl’s clothing line in a series of advertisements that first debuted in the spring of 2007.

But there’s still one more gig, she wouldn’t mind trying on for size: X Factor judge!

“That would be something I would love to do,” Ferg told old pal Mario Lopez on the Grammys red carpet Sunday. “I mean timing is everything because if I did that show I would want to give 110 percent to those contestants. That’s what they deserve… Maybe someday.”