Crooner Tony Bennett is calling on the U.S. government to lift restrictions on illegal substances in the wake of the recent rash of drug-related celebrity deaths. 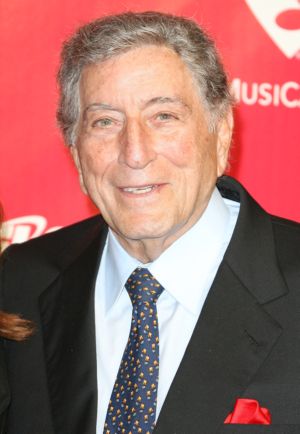 Tony recorded a duet with the late Amy Winehouse — another singer with well-documented substance abuse issues — just months before her own “death by misadventure” in July 2010. But that isn’t his only connection to the cocaine-laced underbelly of Celeb-ville:

Tony began using drugs heavily after his career and marriage hit a downward spiral in the 1970s. He’s been clean since surviving an overdose in 1979.

Bennett has used his famous voice to court controversy before. The “Body and Soul” honcho was forced to issue a public apology last September, after he suggested that America “caused” the 9/11 terrorist attacks during an interview on The Howard Stern Show.

Houston, a six-time Grammy Award winner, had struggled with drug addiction for years. She suffered a major career setback after admitting that she’d abused drugs during her tumultuous relationship with ex-husband Bobby Brown, an ’80s boy bander-turned-R&B bad boy.

The songstress first entered rehab in 2004. She received treatment again in 2005 after an intervention arranged by her mother, gospel legend Cissy Houston.

Whitney released a comeback album, I Look to You, to a lukewarm reception in 2009. And the singer’s 2010 tour was peppered with fan complaints about her strained voice.

In May 2011, the “I Will Always Love You” powerhouse entered outpatient treatment for the substance abuse issues that plagued her for more than a decade. But there were reports that Whitney and her entourage “partied heavily” in the bar of the Beverly Hilton on the evening before her death.

The award-winning singer was filmed dancing at a bash in Hollywood on Thursday night. Spywitnesses described her as looking disheveled, with her hair hanging over her face, before hitting the stage with “Heartbreak Hotel” collaborator Kelly Price for an impromptu final performance.

Do you agree with Tony Bennett’s approach to fighting the war on drugs?