The death of Whitney Houston cast a pall over the 2012 Grammy Awards, but Jennifer Hudson’s touching tribute to the icon brought the crowd to its feet. Watch it here. 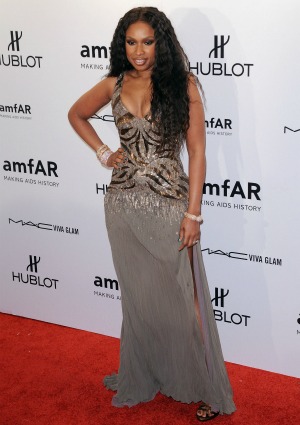 There could be no more touching tribute to the power Whitney Houston held over a generation than Jennifer Hudson — who has long-touted Houston as her lifelong inspiration — singing one of the legend’s most haunting songs.

Hudson managed not to cry during her performance (barely), but the same could not be said of the audience.

The time crunch did not allow for the grand memorial that a talent like Houston was owed, but sometimes the simplest solution is the most meaningful — and Hudson’s performance was one Houston herself would have given a standing ovation.

Starting a cappella and later accompanied by just a piano, Hudson’s own voice was all that was needed to give the song, and Houston, its due.

Watch Jennifer Hudson’s tribute to Whitney Houston at the 2012 Grammys:

Sadly, Houston is not the only talented artist to leave this Earth since the last Grammy broadcast. An “In Memoriam” montage paid homage to Amy Winehouse, Dobie Gray, Nate Dogg, Johnny Otis, Etta James, Steve Jobs and Clarence Clemons, among many others.

At the top of the broadcast Alicia Keys and Bonnie Raitt played a duet to say goodbye to soul queen Etta James.

The parents of Amy Winehouse took the stage to accept the award for Best Performance by a Pop Duo or Group for her duet with Tony Bennett.

“We shouldn’t be here. Our darling daughter should be here. But these are the cards that were dealt,” Mitch Winehouse said.

“We formed the Amy Winehouse Foundation in her name. Our job is to help children in her name, primarily in the United Kingdom and the U.S.A. There’s lots of kids in the U.S.A. and the U.K. that need Amy’s help and your help.”