Whitney Houston died Saturday afternoon in Los Angeles, a rep for the singer confirmed. She was just 48 years old. What felled the legend? 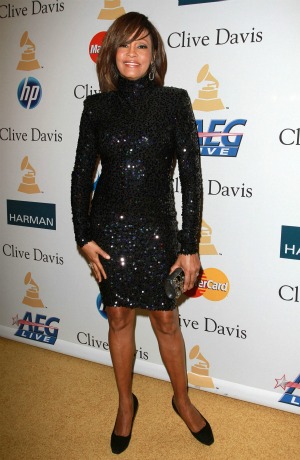 While Houston’s cause and location of death were not officially disclosed, sources tell TMZ she was found at the Beverly Hilton Hotel, where a police crime lab vehicle was later seen.

Houston’s powerful voice brought her to fame as Clive Davis’ golden girl in the 1980s with the breakout of her debut album Whitney Houston. “The time that I first saw her singing in her mother’s act in a club… it was such a stunning impact,” Davis told Good Morning America.

“To hear this young girl breathe such fire into this song. I mean, it really sent the proverbial tingles up my spine,” he added.

The singer’s stunning career brought her two Emmy Awards, six Grammy Awards, 22 American Music Awards and 30 Billboard Music Awards. Selling over 200 million albums worldwide, she was the first female artist to debut an album in the number one slot of the Billboard charts.

“Six-time Grammy winner Whitney Houston was one of the world’s greatest pop singers of all time who leaves behind a robust musical soundtrack spanning the past three decades,” the Recording Academy said in a statement. “Her powerful voice graced many memorable and award-winning songs. A light has been dimmed in our music community today, and we extend our deepest condolences to her family, friends, fans and all who have been touched by her beautiful voice.”

Inspiring everyone from Mariah Carey to Christina Aguilera, Houston’s incredible voice brought her to fame — but it was her marriage to Bobby Brown and drug problems that sunk her into infamy.

Confessing to the abuse of cocaine, marijuana and pills with her husband the once unparalleled voice became a shadow of its former self. A comeback album I Look to You was released in 2009 but her world tour was cut short after her now hoarse and raspy voice was critically panned and several videos leaked of her half-hearted performances.

Houston admitted that her downward spiral began after she married Bobby Brown, and by the time her movie The Preacher’s Wife was released, “(doing drugs) was an everyday thing,” she told Oprah Winfrey in a 2010 interview. “I would do my work, but after I did my work, for a whole year or two, it was every day… I wasn’t happy by that point in time. I was losing myself.”

After her second trip to rehab she declared herself drug free, but recent appearances have led to loud whispers that she was using again. On Friday night she crashed an interview being conducted by E! News with Brandy, Monica and Clive Davis as a preview to Davis’ annual Grammy party, scheduled for Saturday night, with a source telling SheKnows she was “out of it.” Houston was reportedly dating Brandy’s brother Ray J at the time of her death.

Houston leaves behind a daughter, Bobbi Kristina. She and Bobby Brown divorced in 2007.

One of Houston’s most memorable performances was her moving rendition of the national anthem at the 1991 Super Bowl, in the midst of the Gulf War. It still sets the benchmark for all other performances today.