The debut of Rachel’s dads and The Glee Project winner Samuel Larsen? Happy Valentine’s Day to us, indeed! 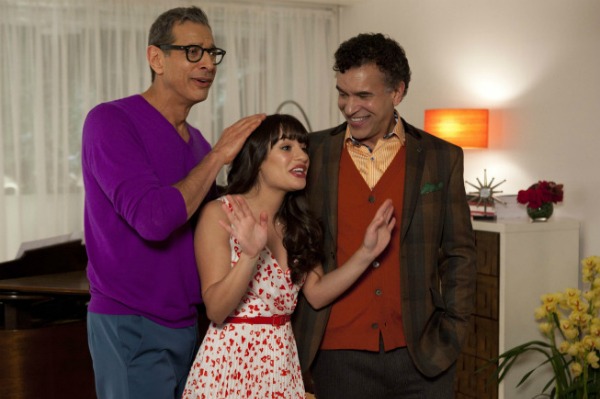 The Glee Project‘s co-winner, Damien McGinty, has already made his mark on Glee as Rory, the cute little foreign exchange student with a voice — now it’s Samuel Larsen’s turn.

This week on Glee, we get a triple whammy with three new characters! We get to see Samuel Larsen’s big debut, plus we get to meet Rachel’s two dads, Hiram and LeRoy, when they pop up at McKinley.

Elsewhere, Will is determined to pay homage to the lovey-dovey holiday by making the kids find some massively sweet love songs.

Are you ready for the debut of Samuel Larsen and Rachel’s two dads? Check out a preview of Glee‘s jam-packed episode “Heart!”

Season three aside, we can’t wait for the “revolutionary” season four to get here. The way it was described at the recent TCA Tour is making us giddy — and a bit curious.

Still, we have to make it through this season.

Head over to our comments section and tell us what you think will happen this week.

Will you get comfy-cozy on the couch with “Heart?”