Chelsea Handler has opened up about the abortion she had at just 16 years old — but she didn’t want to. Did her parents force her into it? 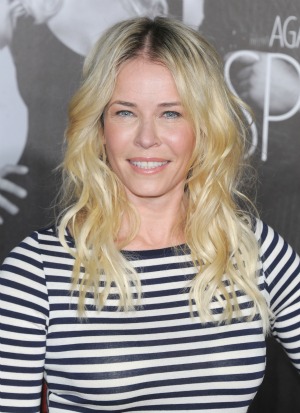 Can you picture Chelsea Handler as a mom? How about as a teen mom? The comedienne almost was one after getting pregnant at just 16 years old, but said she had an abortion instead — at the request of her parents.

“I was so delusional,” Handler, 36, explained during an interview on The Rosie Show earlier this week. “I was like, I’m ready for a baby.”

Chelsea Handler barked at by bullies >>

“I was trying to argue with them and they were like, ‘You don’t understand,'” Handler recalled. “‘You’re throwing your entire life away. You’re not having a child right now. This is not what our family’s about. You know, you’re supposed to create a life for yourself, and we want you to enjoy your life and not be raising a child. And we’re certainly not going to raise it for you.'”

Ultimately Handler chose to abort — a choice she said she does not question.

“I wouldn’t be a good mother,” she said. “I have no regret at all… You should do whatever you want with your body and you shouldn’t let anyone tell you what to do.”

Back in 2007, Handler told OK! Magazine that she’s perfectly content being single and child-free.

“I have no desire to get married,” she told the mag. “I don’t really want to have kids anytime soon.”