Police are hunting for a man convicted of threatening to kill Madonna. Robert Dewey Hoskins escaped from a mental hospital near Los Angeles last week. He hasn’t been seen since. 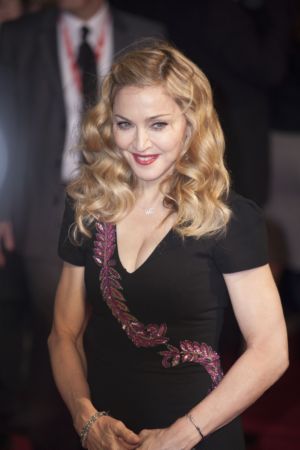 Police in Los Angeles have launched a manhunt after a stalker who threatened Madonna in the 1990s walked away from a mental health facility last week.

Robert Dewey Hoskins, 54, was sentenced to 10 years behind bars in 1996 after being arrested for scaling a wall around the singer’s Hollywood home and threatening to slit her throat.

Madonna, now 53, testified at his 1996 trial. She revealed that she often had nightmares about the homeless man from Oregon, who claimed he was her husband. She’d even spotted him near her home the year before.

“If he couldn’t have me, he was going to slice my throat from ear to ear,” the “Lucky Star” singer told the court.

Hoskins later jumped over the wall and leapt into the star’s pool before eventually being shot twice by a security guard. He was sent to a mental hospital but eventually set free.

In July 2011, he was arrested again for vandalism and admitted to a different health facility in the Los Angeles-area community of Norwalk. Hoskins walked out of the hospital undetected last Friday and has not been seen since.

Police say the obsessed fan is highly psychotic with violent tendencies when off his medication for extended periods of time. Cops have searched areas frequented by Hoskins — including the city of Long Beach, which is south of Los Angeles — to no avail.

Hoskins is no stranger to celebrity stalking. If TMZ tattles are to be believed, he’s one of the main reasons Halle Berry wants to move to France.

This isn’t the first time Madonna has attracted the affections of the wrong man. (Dennis Rodman, anyone?) In 2010, former New York City firefighter Robert Linhart was collared after repeatedly showing up at the Central Park West home of the pop idol, armed with ambition and billboards declaring his love.

“Madonna, I need you,” read a sign strapped to the top of Linhart’s SUV.

And they say chivalry is dead…

“I won’t stop until I actually meet Madonna. If I get arraigned tonight and get out tomorrow, I’m going to go back there and do it again,” he spat at cops as he was hauled away in handcuffs.

“This is police brutality. I have a right to do this,” Linhart told police. I keep running into Madonna. I saw her in 1992 and I’d actually like to meet her in person. I won’t stop until I actually meet Madonna.”

In October 2011, another Madonna stalker, Grzegorz Matlok, was committed to a London mental institution after twice breaking into the blonde’s home in Britain.