Bruce Springsteen is welcoming a new sax player months after the death of Clarence Clemons — but it’s no stranger. In fact, he’s keeping it all in the family. 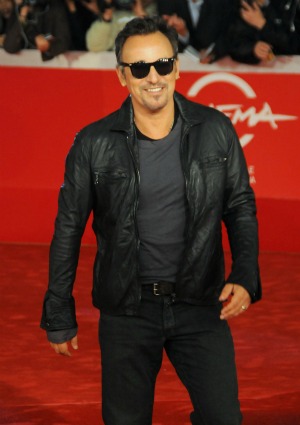 Bruce Springsteen and the E Street Band will never be the same after the death of longtime saxophonist Clarence Clemons — but they’ve managed to land the next best thing.

In an announcement on the band’s webpage, Springsteen announced that none other than Clarence’s nephew Jake Clemons would step into his uncle’s shoes.

“The expanded lineup for this Bruce Springsteen and the E Street Band tour features singers Cindy Mizelle and Curtis King, trombonist Clark Gayton and trumpeter Curt Ramm, all of whom have toured with Bruce Springsteen in the past, along with newcomer Barry Danielian on trumpet. E Street stalwart Eddie Manion and first time tour member Jake Clemons will share the saxophone role,” the band said in a statement.

Jake knows that he’s picking up an important torch, not only because of the musical significance of his uncle’s contributions to the E Street Band but because they were incredibly close.

“Clarence was more than an uncle to me. He was my hero. He loved me like a father, we talked as best friends, and played together as brothers,” he wrote on his blog. “Thanks to Bruce, Glen, Eddie and encouragement from several others, I picked up an instrument and found my solace [after Clarence’s death]. From deep inside my lungs, as though blowing life through a hollow chamber, I can still feel him. Finding him in each note, near to me … alive.”

“People have been saying to me, ‘It’s up to you now,’ ‘You carry the torch,’ ‘You are the legacy.’ But this job is not one to be fulfilled by any single person; Clarence was more than a saxophone player, he was an ambassador with a mission to spread Love and Joy to the world. It’s up to all of us now. We must all carry the torch. We must all be His Legacy.”

The 2012 Wrecking Ball Tour kicks off March 18 in Atlanta.