Attention, movie buffs! DreamWorks is going where no studio has gone before. They’re remaking Alfred Hitchcock’s Rebecca. Whether you want it to or not, the 1940 mystery is getting a modern makeover. 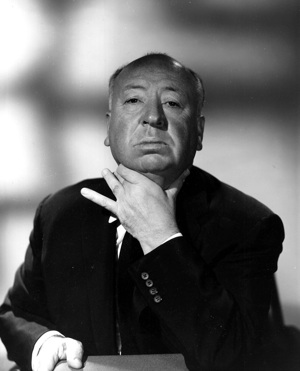 DreamWorks has its eye on one of Alfred Hitchcock‘s most acclaimed films — Rebecca. The studio is set to remake the 1940 drama, which starred Oscar winners Joan Fontaine and Sir Laurence Olivier.

According to Variety, DreamWorks will team up with Working Title Films for an updated version of the classic. The new screenplay will be written by Steven Knight (Eastern Promises, Dirty Pretty Things), who’ll use Daphne du Maurier’s novel as source material. Du Maurier’s Rebecca was originally published in 1938 and was one of the most popular releases of the time.

Rebecca centers on a young woman (Fontaine) who marries a wealthy widower (Olivier), but his home seems captive to memories of his first wife. The original film was directed by Hitchcock from a screenplay written by Robert E. Sherwood and Joan Harrison.

Surprisingly, Rebecca is the only Hitchcock film to win an Academy Award for best picture. That same year (1941) it also won best cinematography for George Barnes and was nominated for best director as well as for best actor and actress.

Alfred Hitchcock’s films (especially the earlier ones) are some of the greatest in the medium. Like Rebecca, his most notable works are thrillers such as 1960’s Psycho, which starred Janet Leigh and Anthony Perkins. That film was remade in 1998 by Gus Van Sant and starred Anne Heche as Marion Crane and Vince Vaughn as the disturbed Norman Bates.

But don’t be fooled — most of the director’s catalogue remains untouched. No one can out-Hitchcock Hitchcock. He was one of a kind.

Are you interested in seeing a Rebecca remake? Yea or nay?