Wondering what happened to the gal who fell off of the American Idol stage at the start of season 11’s Hollywood week? Keep reading to see if she made it through to the group round! 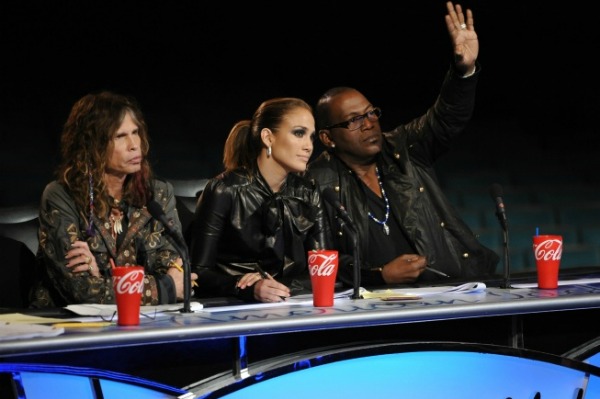 If you tuned in for the start of American Idol‘s Hollywood week Wednesday night (Feb. 8), you might have noticed Symone Black take a nose-dive right off the stage. Well, rest easy, we have the deets on the young girl’s fate — physically and professionally.

On Thursday, Feb. 9, American Idol kicked off day two of Hollywood week with an update on Symone Black. After singing her little heart out and eating some floor, we can happily report the singer is OK. The only thing bruised is her ego — wouldn’t yours be if you fell off of a stage on national television?

As for her ticket to the group round, she made it. Hey, the judging was on her singing, not her fall — the fall does get a 10, though. Way to go, Symone Black!

Once Symone was taken to be checked out, the real nightmare began: The group round!

The group round is wicked. The naive contestants bond with each other during day one, but get a huge shock during day two when they’re asked to break away from the groups they think they have and form new ones — oh, those producers!

There’s always someone like Amy Brumfield who is left out and ends up in tears. She also happened to be sick, and people were dropping like flies around her.

We wish we had more to report, but honestly, we don’t. The cameras spent most of the time catching the drama of bad rehearsals and exhausted contestants.

You’ll have to tune in next week to find out who rises and who falls when the groups take the stage!

Head over to our comments section and sound off …

Will you tune in for the group round conclusion?