Adam Levine is one sexy businessman. The star of The Voice announced the launch of his new venture, 222 Records, and his first artist is quite Glee-ful — if you know what we mean. Welcome to 222 Records, Matthew Morrison! 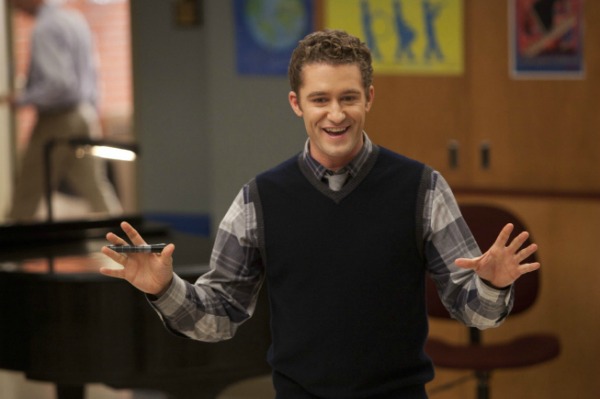 Adam Levine and Matthew Morrison — both are easy on the eyes and ears, wouldn’t you say? We can’t wait for this duo to crank out some tunes!

The ultra-cool coach of The Voice was all too happy to talk about his new record label, 222 Records.

According to a report from E! online, he said, “Starting my own label has been a long-time goal of mine and I am thrilled to be at the point in my career where it is finally happening.”

He added of Matthew Morrison, “I am excited for everyone to hear Matthew’s forthcoming album. Great things are in store for him with this release.”

Of his sophomore album, the Glee star said, “I am excited to be working on my next album with such an incredible singer, writer and producer as Adam Levine.”

“Adam and I share the same vision as we begin working on my record together,” said Morrison about the project,

Will Ricky Martin stay on Glee? >>

We wonder —  will Matthew Morrison bring any of his new material to Glee? Back in the season two finale, he used the platform to give fans a taste of his freshman album with the single “Still Got Tonight.”

Maybe Adam will guest-star on Glee and they can do a sizzling duet of something from Morrison’s new album! (If only we made the rules.)

Head over to our comments section and sound off about Adam Levine’s new label and new artist!

Thumbs up or down for 222 Records?