Toni Braxton is campaigning for autism awareness with a little help from one of her favorite websites, SheKnows! See how her son’s autism diagnosis turned her life upside down, and how education for both her and her little man have helped both of them deal. 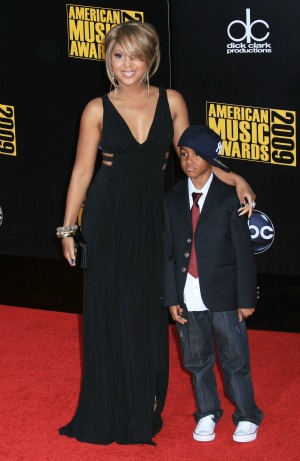 Toni Braxton‘s life was turned upside down when her son was diagnosed with autism — but now thanks to early diagnosis and therapies he is learning to live, love and play just like any other little boy.

“My youngest son Diezel suffers from autism and he was diagnosed when he was three,” Braxton told Fox and Friends. “He’s eight now so it has been a long road, a long struggle. As a mom I knew something was different about him when he was probably nine months old. By the time he became a year and a half I thought ‘He’s not developing like his older brother.’ It was inconclusive, and finally at three they said, ‘Yes, he’s autistic.'”

Safety tips for kids with autism >>

“After, I felt sorry for myself for a long time and I blamed myself — I thought it was something I had done — friends came to me, that are like me, and said ‘Okay, you’re not a victim, our babies are great, they’re fine, get him into these therapies and wonderful websites like SheKnows, which was very beneficial to me,’ to help me. It’s a wide-spread website called SheKnows. Just click on it, anything from women, home, care, babies, food, anything you can think of and it’s very widespread and autism is something they’re very involved in so I love them.”

Braxton explained how the SheKnows Where’s the Other Sock? campaign is helping raise autism awareness so other families can have the same helpful experience she has had since the diagnosis.

The basics of autism: An overview >>

“It’s a wonderful idea. I mean, we all have washers and dryers at home in America but there is a sock monster in every dryer,” she explained. “So we went to the sock monster and said, ‘Okay guys, let’s do a deal. Give us the socks back, let us do something for charity, make this wonderful dress.’ And the designer, Mr. Costello, that’s what I call him, he came up with this wonderful idea to make this dress out of socks! It’s like over 1000 socks that we got from the dryer monster.”

Because of sites like SheKnows and a heightened public awareness of autism, Braxton’s son is doing great now.

“He’s doing well. Very lucky,” she said. “Because I can tell you, after we found out, I can tell you early diagnosis makes a lifetime of difference. We have him in occupational therapy, speech therapy, he’s being mainstreamed — he’s in public school, general ed — he does have his special ed therapies, but we are very, very lucky. With a long road though, a lot of hard work, a long way to go.”

Watch Toni Braxton talk about the SheKnows Where’s the Other Sock campaign: