In the U.S., over three million people suffer from autism and that number is expected to grow. Luckily, there are familiar faces on the front lines promoting education and giving guidance to the public. SheKnows wants to shine a light on five celebrities who have become dedicated autism advocates.

Related story No Shame in Their Game! These Stars Keep It Real About Their Vibrators and Sex Toys 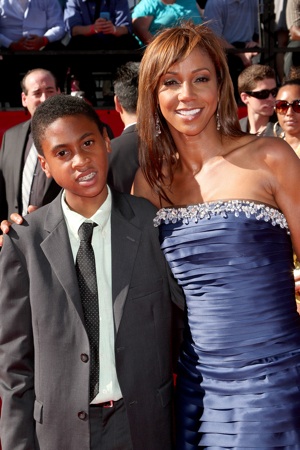 Actress and TV personality Holly Robinson Peete and her husband Rodney are the founders of the HollyRod Foundation. Created in 1997, the non-profit strives to provide a better quality of life for individuals with autism and Parkinson’s disease. For the Peete’s, both conditions hit close to home. Their son Rodney Jr. was diagnosed with autism at the age of 3, and Holly’s father Matthew was diagnosed with Parkinson’s at 46. If you’d like to learn more about their organization please visit HollyRod’s official site.

Earlier today, Grammy-winner Toni Braxton sat down with Fox and Friends to discuss a topic close to her heart — autism. Ever since Braxton’s youngest son Diezel was diagnosed with the condition (at age 3), she’s used her celebrity to promote awareness. That’s why the singer recently partnered with SheKnows for the Where’s the Other Sock campaign. It’s an auction that will feature a one-of-a-kind dress (made from celebrity socks) and modeled by Braxton. The proceeds will benefit the charity Autism Speaks. Find out more info by visiting the Where’s the Other Sock homepage or watching the video below.

In 2010, Claire Danes starred in the biopic Temple Grandin, which centered on an autistic woman who revolutionized the humane handling of livestock. The actress won a Golden Globe and an Emmy for playing the title character and used the media coverage to promote awareness. “Autism does exist on a spectrum, there’s so many manifestations, every case is particular,” says Danes. “You can’t generalize. I think autism is more prevalent than anyone knew. It’s really important that we know what it is and how to work with it.” 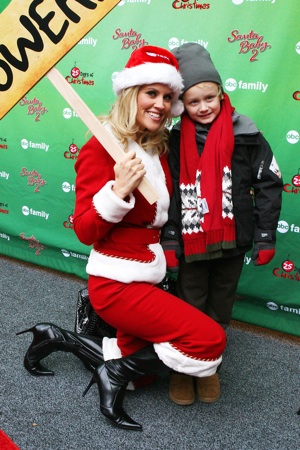 Jenny McCarthy is one of the most passionate autism advocates around. In 2007, she wrote a book called Louder than Words: A Mother’s Journey in Healing Autism after revealing that her son Evan had been diagnosed with the disorder. A year later she reached out to Lisa and JB Handley, who created the website Generation Rescue, which offers guidance and autistic support. McCarthy was so impressed with the site that she eventually became its president and spokesperson.

Football great Doug Flutie has spent over a decade raising autism awareness. In 2000, he and his wife Laurie created the Doug Flutie Jr. Foundation for Autism. It was named after their son Doug Jr. who has the disorder. The Flutie’s foundation is “committed to funding organizations that provide direct services, family support grants, education, advocacy and recreational opportunities” for individuals and families affected by autism. You can learn more at Dougflutiejr.org.

Now that you’ve discovered these great organizations, don’t just sit there, get active!