Naomi Watts is taking on the role of a lifetime: The Aussie actress is slated to play Princess Diana in an upcoming biopic. Can she pull it off? 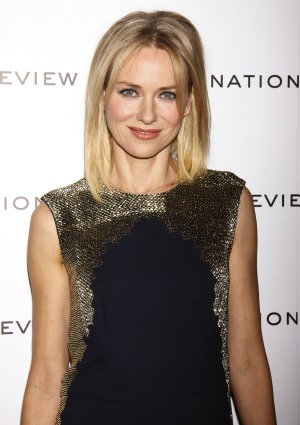 Nearly 15 years after her tragic and unexpected death in a violent car accident, Princess Diana is coming back to life — on the big screen.

Oscar-nominated Australian actress Naomi Watts has landed the role of a lifetime, portraying the People’s Princess in the upcoming biopic Caught in Flight.

Directed by Oliver Hirschbiegel, the film will focus on the last two years of Diana’s life and her beloved humanitarian work.

“It is such an honor to be able to play this iconic role,” Watts said in a statement. “Princess Diana was loved across the world and I look forward to rising to the challenge of playing her on screen.”

The movie will also focus on Diana’s little-known but epic romance with Dr. Hasnat Khan, who many considered to be the real love of her life — not billionaire Dodi Al-Fayed, whom she was dating at the time of the crash and died with her.

Oscar nominee Jessica Chastain had previously been attached to the flick, but Hirschbiegel confirmed Watts will definitely be stepping into the role.

“I am delighted to have such a truly exceptional actress who embodies the warmth, humanity and empathy of such a global icon as Princess Diana,” he said.

This is not the only movie in the works about the beloved mum of Prince William and Prince Harry. Producer Stephen Evans is planning another film that will focus on a more tumultuous period of the late Princess’ life: Immediately before and after her divorce from Prince Charles. Charlize Theron is rumored to be playing Diana in that project.

Buckingham Palace had no comment on the plans for either film.