Listen up, Jersey Shore fans: MTV has unveiled some pertinent info about a spinoff series inspired by your favorite show. 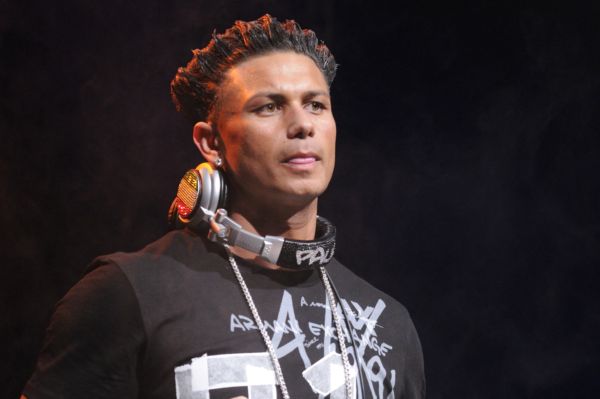 Fans of Jersey Shore‘s most musically inclined member will be getting a whole lot more access to the tanned, gelled and highlighted one.

Pauly D‘s Jersey Shore spinoff, aptly-tiled The Pauly D Project (filmed under the working title Pauly’s Entourage), has nabbed an official premiere date. And even though the fifth season of Jersey Shore wraps up on March 15, it looks like fans of the Gym, Tan, Laundry aficionado won’t have go long without their weekly fix of P.D. (not to be confused with V.D.).

The Pauly D Project will air March 29 at 10:30 p.m. ET, following the return of the newly-revamped Punk’d at 10 p.m., Entertainment Weekly said Wednesday.

The reality sudster will follow Pauly (real name Paul DelVecchio) as he pursues his dream of thriving as a professional DJ. Cameras will shadow the well-gelled Rhode Island-born playboy as he signs a three-album recording contract with 50 Cent‘s G-Note Records (a subsidiary of G-Unit Records) and performs as the opening act for Britney Spears’ top-selling Femme Fatale Tour.

Ah — and while we’re on the subject of Shore spinoffs . The still-untitled series featuring besties Nicole “Snooki” Polizzi and Jenni “JWoww” Farley is finally shaping up.

Jersey City has issued MTV producers a permit to film the show in the city’s Grove Street Path neighborhood. Last week, the nearby city of Hoboken, just along the Hudson River, declined to issue the show a filming permit, citing safety and quality of life concerns for residents.

Production is expected to begin later this month. A premiere date has not been announced.

Are you looking forward to watching the Shoresters step out of their element?