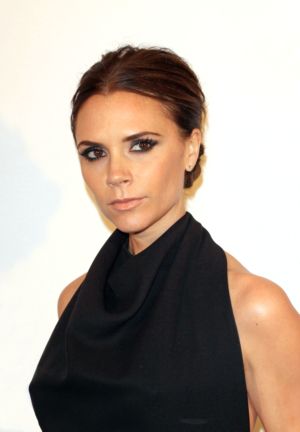 Spice Girl-turned-stylista Victoria Beckham will have her work cut out for her over the next two weeks.

We hear requests are pouring in from A-list starlets all over Hollywood, clamoring to get their mittens on one of Beckham’s designer gowns ahead of Hollywood’s biggest night of the year.

Things have really been looking up at the “Design House That Posh Built” in the months since Victoria by Victoria Beckham won the Designer Brand of the Year gong at last year’s British Fashion Awards. Gwyneth Paltrow, Charlize Theron and Cameron Diaz are among the bevy of beauties rumored to be in hot pursuit of Beckham-designed dresses to wear to the 2012 Academy Awards on Feb. 25.

Posh has reportedly been bombarded with requests to design Oscar gowns from celebrity admirers. And the mom of four is said to be working “day and night” to complete the designs before the ceremony.

The singing style maven juggles the design duties with putting the finishing touches on her Fall collection runway show. Those creations are scheduled to hit the catwalk when New York Fashion Week takes over Manhattan on Feb. 13.

Here’s the toughest part: Most big stars actually request dresses from a variety of designers and then make a decision once they’ve tried them on. Translations: Posh’s frocks might not even make it to the red carpet!

“We don’t have the big budgets to pay people to endorse our brand, so it’s really a waiting game and we won’t know until the night if any of our dresses will be worn,” a rep for the fashion brand explained to The Daily Mail Wednesday.

“We do have requests in from stylists for the Oscars. But as our team is so small, we don’t have the opportunity to custom make dresses like the bigger fashion houses.”

That could soon change.

Just this week, Best Actress Oscar nominee Michelle Williams stepped out in a Victoria by Victoria Beckham dress for the second time in a month. Gossip Girl’s Blake Lively appeared on the cover of the March issue of Elle magazine in a piece from Vic’s Spring 2012 collection.