Before her highly-anticipated performance on the Grammys stage this Sunday night, Adele sits down with 60 Minutes’ Anderson Cooper to discuss the throat surgery that threatened to derail her career. 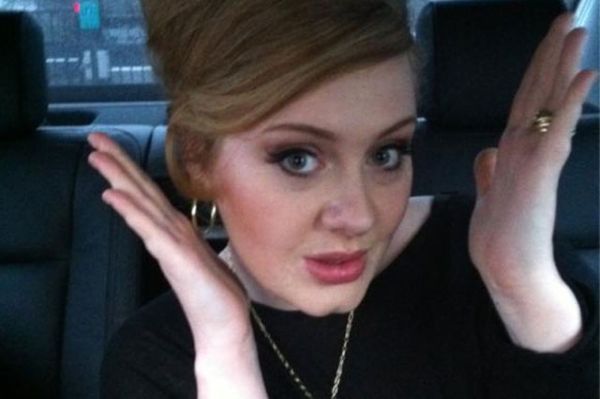 Adele knew something was terribly wrong with her famous voice when she opened her mouth to sing and “something popped” in her throat.

On Sunday, the critically-acclaimed powerhouse sits down with CBS’ long-running newsmagazine 60 Minutes to discuss the throat surgery that threatened to silence her… permanently. In her first post-surgery interview, with correspondent Anderson Cooper, Adele recalls the day her voice “went” during an appearance at a French radio station.

It took a sidelined U.S. tour and a host of canceled appearances before doctors discovered that the “Someone Like You” songstress had a polyp on her vocal cord that had hemorrhaged.

“It was like someone put a curtain over my throat. It felt like something popped in my throat. I had laser surgery. They put lasers down your throat, cut off the polyp, and kind of laser your hemorrhage back together and fix it,” the 21 hit-maker explained in the chat, held just days before her highly-anticipated return to the stage at Sunday night’s 54th Annual Grammy Awards.

In November, Adele underwent surgery to treat her condition at medical center in Boston. The British starlet was forbidden from speaking and was relegated to writing messages on paper or via her Apple iPhone.

Even as she struggled to retain her voice, she managed to keep her sense of humor. Adele uploaded an application to her phone that would not only speak for her, but swear for her to boot!

“Ima be singing at the Grammys,” Adele confirms >>

“The great thing is, I love to swear,” she cracked to Cooper. “Most of [the apps] you can’t swear on, but I found this one app where you can swear, so I’m still really getting my point across. I had an application on my phone that you type the words into it and then it speaks.”

Adele goes into Sunday night’s Grammy Awards with a leading six nominations, including one for Album of the Year. She’ll perform for the first time since August at the annual prize-giving.

But the Billboard darling is cautious about pushing her vocals too far. Adele told Anderson that while she has never felt more confident in her singing, the surgery was a wake-up call about recognizing her limits.