Karl Lagerfeld says he is sorry for calling Adele fat, shocking the legions of fashion followers who expect nothing but abject cattiness from the notoriously venomous designer. 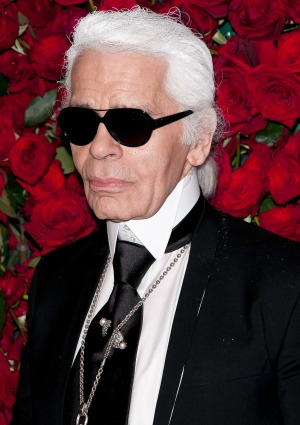 Karl Lagerfeld is eating his haute couture shoe tonight after calling Adele fat. The famed fashion designer — never one to mince words or, you know, be nice — is actually apologizing for his mean spirited comments.

“I’d like to say to Adele that I am your biggest admirer,” he told Metro.com. “Sometimes when you take a sentence out of the article it changes the meaning of the thought. What I said was in relation to Lana Del Rey and the sentence has since been taken out of context from how it was originally published.”

“I actually prefer Adele, she is my favorite singer and I am a great admirer of her. I lost over 30 kilos over 10 years ago and have kept it off. I know how it feels when the press is mean to you in regards to your appearance. Adele is a beautiful girl. She is the best. And I can’t wait for her next CD.”

Ima be singing at the Grammys confirms Adele >>

Lagerfeld, who is head designer for Chanel, could probably make this up to her by casting the singer in his next ad campaign.

Adele herself never commented on Lagerfeld’s thoughtless comments. Must be too busy practicing for her Grammy performance on Sunday — her first since undergoing throat surgery.

Read on for more Adele

Adele is the queen of karaoke!
Adele’s 21 is the best selling album since 2004
Adele’s third record not yet on her radar, she says