Ke$ha never ceases to amaze. She says what she means, and means what she says. In the latest issue of Glamour magazine, she opens up about dating, her career and penis costumes. Yes, you read that right. 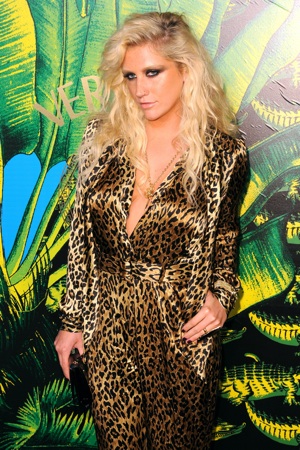 Pop star Ke$ha has a unique way with words. Just when we think we’ve heard it all, she hits us with another gem. The singer appears in the March issue of Glamour magazine and doles out some wise words of wisdom.

When it comes to the opposite sex, Ke$ha’s an animal — or better yet an insect. “I do destroy men on a weekly basis,” she says. “It’s like a hobby. I’m like a praying mantis. They f**k me, and then I eat them.”

Ke$ha to fans: Let me wear your teeth >>

She also revealed that when she’s down and out, a funny costume can lift her spirits. But not just any costume, an X-rated one.

“Who isn’t amused by a giant, dancing penis? Sometimes when I’m sad, I make my assistant put on the penis outfit and bounce around my house.”

Ever since she hit the scene, Ke$ha’s dealt with her fair share of critics. But she doesn’t let the negative press bother her. “I’m just taking the piss out of all of it,” she says. “You have to have a sense of humor about life to get through it.”

“I’m in the middle of writing a new record. I’m taking so many different instrument lessons. I’m also designing animal-friendly jewelry and a fake-fur line. So if a man is not, like, the second coming, then what’s the point? I have other s**t to do.”

The March issue of Glamour is on newsstands now.