Khloe Kardashian has found a way to look on the bright side of her struggles to start a family with husband Lamar Odom. To Dallas they go! 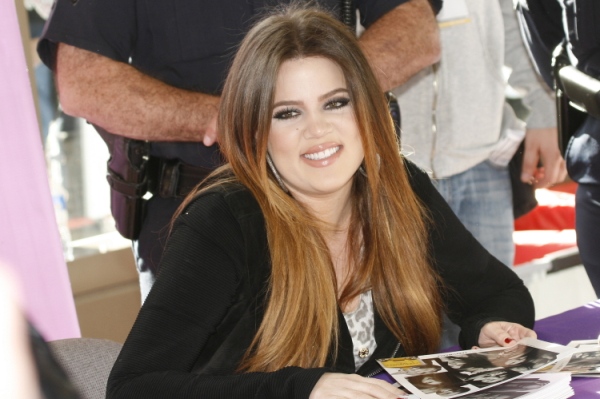 Khloe Kardashian and Lamar Odom have made no secret of their desire to have a baby, yet with a move to Dallas in the future, the pair has chosen to look on the bright side. In light of news the basketball player has been traded from the L.A. Lakers to the Dallas Mavericks, the couple has more than enough on their plate without an infant.

“I think, ‘Gosh, what if I did get pregnant last season or a few months ago?'” Khloe Kardashian told People Tuesday. “Or what if I had a newborn baby and all this [NBA] trade stuff happened? I don’t think I could have dealt with everything at one time. Doing this trade and my husband’s emotions and going through all that is so stressful.”

“Maybe Dallas will bring a baby,” the younger sister of Kourtney and Kim Kardashian continued. “We’re definitely trying to have kids. Everything will happen when it’s meant to be. Last season, we were much more documenting, ‘Okay, when am I ovulating, when am I doing this?’ And it was very stressful to do it that way, so we’ve stopped. Lamar and I definitely are letting nature take its course.”

Recently it was rumored Khloe Kardashian was pregnant with twins, reports which unfortunately turned out not to be true.

Khloe Kardashian: No fertility doctors for me… yet >>

“It’s frustrating when you hear so many rumors because it makes you almost want to put pressure on yourself,” the Khloe and Lamar reality show star said. “But looking back, I think everything happens for a reason.”

As for the nitty-gritty bits of making a baby while filming a reality show, it turns out she’s a lot more comfortable than Lamar Odom. Khloe explained, “He’s still getting used to filming. There are standard cameras that are just placed in rooms. There’s no film crew in those rooms. You see the black and white footage because Lamar’s like, ‘I can’t get my freak on with people here.'”