The much-awaited fourth installment in the popular spy series, The Bourne Legacy, released its new trailer without Matt Damon or the character of Jason Bourne. 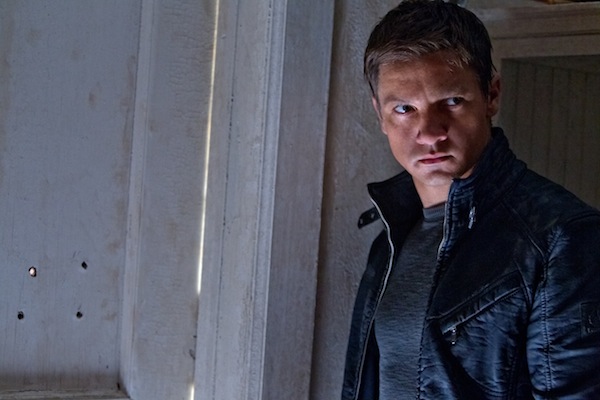 We were as surprised as you were to find out the new The Bourne Legacy trailer did not include images of Matt Damon looking over his shoulder running around different countries in Europe. No, instead it’s a fractured tale of another kind of spy. One who doesn’t go by the name of Jason Bourne.

Jeremy Renner of 28 Weeks Later, The Hurt Locker and S.W.A.T fame plays Aaron Cross, another secret agent with a mysterious past.

So, what happened to Jason Bourne?

He’s still there. In spirit. The conflicted ex-spy suffering from acute amnesia who was previously played by Damon is not in The Bourne Legacy. The new film follows a whole different cast of characters through the deceitful world of espionage.

“Jason Bourne was the tip of the iceberg,” someone says in the trailer of this silent-but-deadly spy. And that sums it up. This new character is the guy Jason Bourne didn’t even know about. That’s how good he is.

While the Bourne character appears to be mentioned in Legacy as being at large, it’s unclear if we’ll ever see him again, and especially played by Matt Damon.

Renner is his own kind of spy

But man, does Renner look good in that gray T-shirt. Maybe we don’t need Matt Damon (sorry!). We’re just hoping this new frontier of untapped Bourne storylines will bring a brand new hot-guy-hero to the big screen, one we can all enjoy this summer.

Based on the spy books by Robert Ludlum, the series surprised critics when it became widely popular with men and women. Guys love the action, and women love the deep character and emotional struggling of Bourne’s character. Can this new agent give both sexes as much to talk about?

You’ll have to be the judge of that.

Due out Aug. 3, The Bourne Legacy also introduces audiences to several other new faces behind the curtain. The film co-stars Edward Norton, Rachel Weisz and Oscar Isaac. It’s tough to tell who’s on the good side.