Ricky Martin shook his bon bon on Glee this week, much to the delight of the show’s cast and fans. Could he hit the halls of McKinley High again? 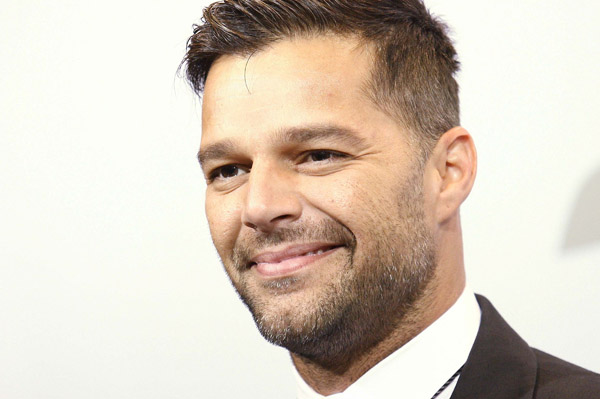 We can’t get enough of Ricky Martin’s sexy teacher moves on Glee — and luckily, we might not have to. A source told TVline that the Puerto Rican crooner is in talks to appear on a semi-regular basis.

The problem? He’s committed to the Broadway revival of Evita in New York. Not that it matters to Ryan Murphy and the Glee gang.

“We hope to have him fly in and tape when he can. He loves the show and his character and wants to do it,” a source close to the show told the website.

It’s great to see Martin back in a big way after taking some time off to have his twins. Why is he taking on so many projects?

“I was hungry again,” he told MrBlasberg.com. “There was a moment when I was just exhausted, and it was like, ‘Take that camera away.’ I wanted to strip things back and recharge. But just because I was tired doesn’t mean I don’t have strength. I’ve been working for twenty years, and it was my time to take a break.”

And the cast of Glee was more than happy to help him with that hunger. Lea Michele even revealed that this wasn’t the first time the two have worked together.

“I’ve known Ricky since I’m 8 years old! He was in Les Mis on Broadway with me in 1996! Crazy huh?!” Michele tweeted in January.

He was pretty popular on set, too.

“I have never seen in my three years of Glee, I have never seen a guest star walk onto set and literally you have to mop the floor of everyone that they meet, because everyone is just melting around him. Everyone, everyone… even Cory Monteith,” Chris Colfer joked in January.